Tyson Fury now has another big date in his calendar for 2021 as well as that upcoming showdown with Anthony Joshua, after revealing that wife Paris is pregnant with their sixth child.

‘The Gypsy King’ is busy preparing for the summer clash with AJ to unify the world heavyweight titles. But he took time out this week to talk about the main thing in his life – family.

During an interview on YouTube, he dropped the great news that he and Paris are about to add a sixth child to their growing family. They already have sons Prince John James, Prince Tyson Fury II and Prince Adonis Amaziah, as well as daughters Venezuela and Valencia Amber.

Fury told Gareth A Davies: “Paris is pregnant again and the Lord has blessed us definitely with another child, and I’m very thankful. Got a beautiful wife, beautiful kids, we’re all healthy. 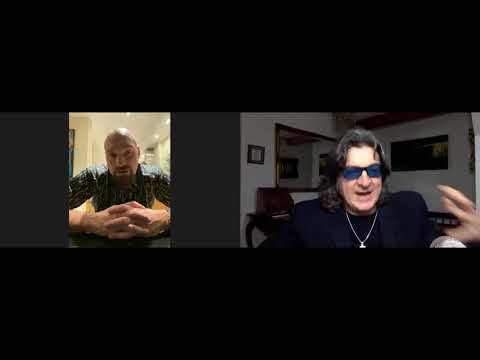 “That’s the most important thing, your health and your family. Nothing else really matters – your job, your money, your wealth, your career. None of that really matters because you can get another job, you can start another career, you can make more money. It doesn’t really matter.

Fury of course has full focus on the biggest prize of his boxing career to date – that huge superfight against British rival Joshua.

The winner of their bout – likely to take place in the Middle East in June – will be the first undisputed heavyweight champion since Lennox Lewis back in 1999. And both men will take home around $100million, the biggest purses ever for British fighters.

A two-fight deal is expected to be confirmed in the next two weeks, and then the venue and broadcast rights will be decided.