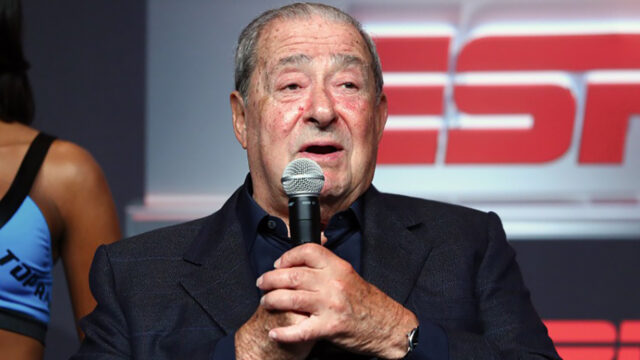 ESPN Boxing is one of the biggest broadcasters of the fight game, and here are details of the upcoming schedule and how you can watch.

Heavyweight boxing schedule with upcoming fights, TV and live stream details, including Usyk vs Joshua 2 and Ruiz Jr vs Ortiz.

Sky Sports Boxing is the premier network screening the sport in the UK, including pay-per-view on Sky Sports Box Office. Here’s how to watch.

Our updated heavyweight rankings give you our verdict on those latest wins for lineal king Tyson Fury, Daniel Dubois and Jared Anderson.

Tyson Fury vs Oleksandr Usyk for all the heavyweight marbles is the fight everybody wants to see – but it could now be delayed.

Fury vs Chisora 3 results, scorecards and analysis from Tottenham Hotspur Stadium after another masterclass from ‘The Gypsy King’.

Who are the current heavyweight boxing world champions? We help you negotiate a political minefield with a rundown on the situation as it stands.

Details of Tyson Fury’s professional record, including a fight-by-fight rundown on the world heavyweight champion’s career so far.

Details of Daniel Dubois’ professional record, including a fight-by-fight rundown on the heayvweight prospect’s career so far.

Tyson Fury vs Dereck Chisora is not what everybody was dreaming off for December but here it is – we have all the details.

Tyson Fury and Anthony Joshua are massive news and make headlines every single day of the year, particularly in the UK.

They had been all set to meet in the biggest fight in British boxing history on August 14, 2021.

The pair had signed a two-fight deal and Saudi Arabia had agreed to put up a record $155million (£109million) site fee. And then the world caved in…

Then in September 2022 we appeared to be again on the brink of that long-awaited British superfight. But again they could not get the deal over the line.

Fury and Joshua next fights

Fury appears likely now to meet Dereck Chisora in a trilogy fight at London’s Tottenham Hotspur Stadium on Saturday December 3. Some eight years on from their last, one-sided, meeting.

Joshua meanwhile is expected to be out a couple of weeks later, but his opponent as yet is unnamed.

The battle to show a Fury vs Joshua fight on TV and live stream would be a fascinating one.

Joshua has a global deal with streaming platform DAZN which includes the UK, while Fury fights air on BT Sport in the UK. It is likely we would get a joint PPV.

ESPN has an exclusive deal with Fury in the U.S. and would likely have the rights Stateside along with DAZN.

AJ’s long-running association with Sky Sports in the UK of course is over, after he signed that huge DAZN deal.

Fury would be a red-hot favourite if he were to face Joshua right now.