Anthony Joshua can’t escape from Tyson Fury wherever he goes, even in his own hype trailer for the upcoming showdown with Kubrat Pulev.

Among other things it shows Joshua destroying his opponents in previous fights, complete with shuddering sound effects.

But perhaps the best moment comes when AJ says: “I’ve got to really focus on this fight. We know the names out there that people want to see, the guys after Kubrat Pulev. I’m not mentioning their names.” 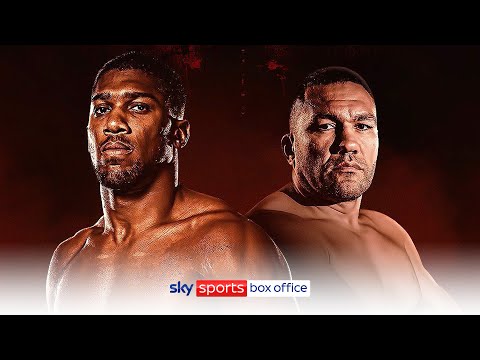 Then the camera cuts to Fury – seen clearly some years ago with hair – dressed in a shirt, waistcoat and tie, and sporting a beaming smile. ‘The Gypsy King’ simply says: “Hello Sky fans, my name is Tyson Fury. I am from my mother, and I am a fighter.”

The video then cuts back to Joshua, who closes an epic trailer by claiming: “When it comes down to that fire, I just think you either have it or you don’t. And I’ve got it”.

Stakes have never been higher for AJ

The stakes of course have never been higher for Joshua going into the Pulev fight. Win, and the path to a unification clash with Fury next summer appears to be clear. He is a heavy favourite – as short as 1/12 – while the 39-year-old Pulev (28-1) is a 13/2 outsider.

Pulev’s previous challenge for a world title ended in defeat back in 2014. He was crushed inside five rounds by champion Wladimir Klitschko.

That was though the Bulgarian’s only professional defeat so far. He already has a Fury on his CV, having outpointed Tyson’s cousin Hughie in 2018.

Joshua vs Pulev had initially been planned for June 20 at Tottenham Hotspur Stadium before becoming a COVID-19 casualty.

Around 1000 fans will be attendance at the big fight, but it appears Tyson Fury will not be one of them. There had been rumours he would be on hand, but he scotched those via a social media post early in fight week.