Anthony Joshua will go into new territory when he locks horns with Tyson Fury this year, according to Andy Ruiz Jr.

Ruiz Jr remains the only man to defeat AJ as a pro, stopping him inside seven rounds at Madison Square Garden in June 2019 to win the IBF, WBA and WBO world heavyweight titles. Ruiz was a 30-1 betting underdog that night.

Joshua would duly regain the titles in their rematch some six months later in Saudi Arabia. And now he is preparing for a blockbusting unification match with Fury. The biggest fight in British boxing history is expected to take place in June.

Ruiz Jr took time out from training to speak on a variety of topics to Little Giant Boxing on YouTube. And he fancies Fury to justify favouritism in that mega match with AJ.

Ruiz on Fury vs Joshua

“Tyson Fury has a weird style, he’s tall and he fights tall. I kind of see Tyson Fury winning that fight, I wasn’t too impressed with Anthony Joshua’s last performance, but he got the job done and move on to the next.

“I think maybe Tyson Fury might get it. Depends how awkward he is, if he boxes. Anthony Joshua hasn’t boxed anybody that boxes around and moves around so we’ll see about that.” 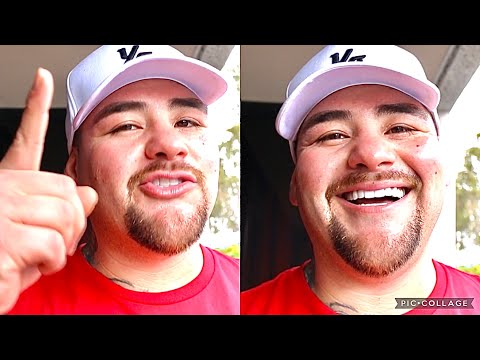 Ruiz Jr received heavy criticism for his distinctly flabby physique for that rematch with Joshua. But now under the tutelage of training sensation Eddy Reynoso, he claims to be a different man. Fitter, faster and more focused.

Ruiz Jr explained: “It’s a blessing being over here. It’s a lot different from my last camp. it’s all focused, all dedication. You’ve got Canelo, Ryan, Oscar – all these motivation people that help you want to grow.

“It’s like a competition in there, we’re all trying to be the best but we’re helping each other out so much love to everybody.”

Ruiz Jr (33-2) expects to be out again in April – for his first fight since that rematch loss to Joshua. He remains tight-lipped about his opponent, though rumours have suggested it could be seasoned veteran and fellow Californian Chris Arreola (38-6-1).

Whoever is in the opposite corner that night, Ruiz Jr expects to surprise a few doubters.

“Once they see me fight in April everything’s gonna change. Everybody is gonna see the dramatic change of mind and from my team and all that, it’s just exciting, I can’t wait to get in the ring. I’m not saying who I’m gonna fight yet.”