Skip to content
Fury vs Joshua News From tits to titles: The new Andy Ruiz ready to explode

From tits to titles: The new Andy Ruiz ready to explode

Andy Ruiz Jr will return to the ring from a 17-month absence on Saturday May 1, and he will do so quite literally a new man.

The former world heavyweight champion has not stepped inside the ropes on fight night since December 2019. It was a bitterly disappointing episode for ‘The Destroyer’ as he gave back the titles he had won from Anthony Joshua just six months earlier.

The lustre of becoming the first Mexican world heavyweight champion had led Ruiz Jr to prepare poorly for the rematch with AJ. Instead of the fluid puncher with lightning-fast hands, he had other physical traits which didn’t serve him quite so well.

“I had chi chis, I had tits that wouldn’t let me throw the right punches and all that,” he said recently – emphasising how failure to control his weight was affecting his career. 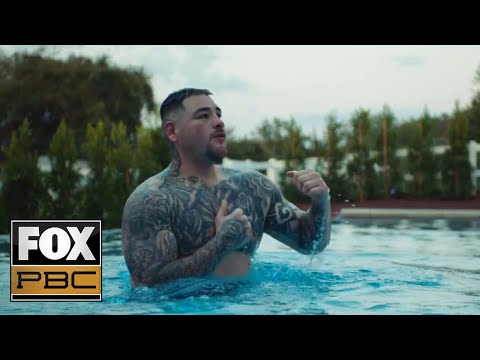 Ruiz had weighed 268lbs for his historic defeat of Joshua at Madison Square Garden in June 2019. He was some 15lbs heavier in December. The result was devastating – he was slow and ponderous in dropping a unanimous decision.

That wasn’t Andy’s lowest point – he ballooned yet more after the Joshua loss, right up to 310lbs. It was time to change, and find a new path. Focus was needed, and a move to a new trainer – man of the moment Eddy Reynoso – instilled the discipline he needed.

Now ‘The Destroyer’ (33-2 with 22 wins inside distance) is walking around at more like 255lbs and preparing to return to the ring against fellow Cali Mexican Chris Arreola to top a FOX PPV on Saturday May 1 ($49.95).

Working alongside the likes of P4P king Saul ‘Canelo’ Alvarez and young lightweight sensation Ryan Garcia has showed to Ruiz Jr the type of hard work needed to consistently excel. It’s something he is not just buying into – he is loving it.

Ruiz has a new mentality

“I was at 310lbs, I’m like at 257 now. I’m moving like a middleweight. My mentality’s different, I’m more disciplined, I’m more focused. Most important thing is I know what I want and I know what I need to accomplish.

“In the first fight (vs Joshua) I got down and I got back up. That’s exactly what I did after my last defeat and now we’re heading on the right track.”

It was reaching out to ‘Canelo’ after the Joshua loss which provided the lightbulb moment in his career. The move to Reynoso’s camp followed and the rest is history.

“Here they don’t play around. It’s discipline, work hard or if not, just gotta leave and move on”, explained Ruiz Jr.

Reynoso for his part knew exactly what Andy needed to rekindle his love for the sport, and his world-title hopes.

“What he was missing in his last fights I think is more mobility. A little more movement in his waist, his legs. And above everything that he drops some weight so he can move better in the ring.”

The hard work is almost done, and soon we will see the fruits of those labours. The world awaits a new Ruiz, and his goal is clear.

“What motivates me now is becoming a two-time heavyweight champion of the world and getting the belts back.”

The journey begins May 1.