Skip to content
Fury vs Joshua News Tarver on Fury and Joshua: It’s not even close

Tarver on Fury and Joshua: It’s not even close

Antonio Tarver says Tyson Fury is “head and shoulders” above his heavyweight rivals right now, and believes Deontay Wilder must change his ways to get back into the world title mix.

‘The Magic Man’ himself once a great light-heavyweight king, joined IFL TV to discuss the state of the heavyweight division right now, and for him the argument about who is top dog is not even close.

He said: “Tyson Fury I think is head and shoulders about the rest right now – he proved that in stopping Deontay Wilder emphatically in the rematch. AJ bounced back from a horrendous night against Andy Ruiz. I think right now, I think Wilder needs to back to the drawing board to be honest.”

Tarver has offered Wilder the opportunity to work with him to get him back to the top after that devastating first professional defeat by Fury in Las Vegas in February, but so far it’s an offer that hasn’t been accepted.

“He needs a teacher – somebody that can really teach him the skillset,” said Tarver.

“And I don’t think it would take a lot, but he has to get the information. I’ve offered my services but you know you can take some of these guys to the well, but you can’t make ’em drink. They won’t even do what’s best for them when they know it’s the best for them. So it’s like the blind leading the blind.

“Tyson Fury is definitely head and shoulders above the rest and a fight with AJ now would definitely give us an undisputed champion. And maybe Wilder can get back in the gym and circle around and get a shot at the undisputed title if he’s focused enough. It’s all up to Wilder and his team, but they’re running out of time. You’re only as great as your last fight so he’s gonna have to get back on the bicycle and atone for that miserable outing against Tyson Fury.” 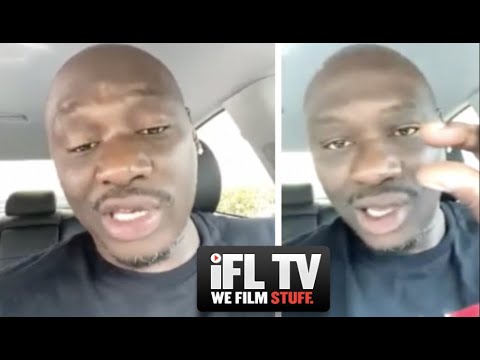 Tarver himself retired in 2015 with a 31-6-1 professional record, with the highlight delivering the great Roy Jones Jr his first accepted professional defeat (Jones Jr had lost a fight by DQ back in 1997) with a stunning second-round KO in 2004. Tarver had lost controversially on points in their first fight in 2003.

“I mean the mindset was definitely take it out of the judges’ hands because there was an injustice done in the first fight,” said Tarver.

“Smart IQ, I kept the pressure on, I mean I hit the guy all night long – I just don’t know how they came up with that decision. With me, I definitely had something to prove. If you can’t beat a guy at his own game, match him skill for skill, I felt I should have at least won a unanimous decision.

“I told everyone that would listen ‘I gotta knock him out’ because that was the only way I was gonna get the victory. I went in there with that type of mindset –  I was focused and I was serious – and you know it happened. I put all my energy in one direction. When you look at my career, every time I had my back against the wall man – whether it be over in Australia or the rematch (with Jones Jr), the rematch with Eric Harding, the rematch with Glen Johnson – the cream always rises to the top. In my career I think I proved that.

“The rematch came – I was 3-0 in rematches – I lost to (Bernard) Hopkins and I wasn’t awarded a rematch clause in that fight. I’m still scratching my head about that. It just goes to show you man that when I was at my best they couldn’t beat me. And that was just point blank.”