Barry Hearn: Why Fury vs Joshua could be next…

Barry Hearn believes Tyson Fury and Anthony Joshua meeting head on in their next fight is a real possibility, and he’s outlined how and why.

Both men currently have contractual obligations to fill – Fury for a third fight with American Deontay Wilder and Joshua for a showdown with Bulgarian mandatory challenger Kubrat Pulev.

But Hearn believes the current economic and physical climate caused by the COVID-19 pandemic could lead to Wilder and Pulev both being persuaded to step aside to make way for an all-British blockbuster to unify the world heavyweight title belts.

He told IFL TV: “Do you want to do Tyson Fury against Wilder on the terms that have been agreed and signed for on a previous contract? Answer? No bloody way. Can’t afford it, fight’s not big enough. Number one, too much money. Number two, where’s the income? Number three, can Bob Arum, various camps and promoters afford to do it? Don’t listen to the b*******. No way. That fight is a great fight, it’s contracted, but realistically, does everyone get paid?

“Then you come across Pulev vs AJ. Without a live gate, it’s going to be a very low-earning fight for the fighters. Do they both accept that they’re going to earn a lot less money? Does it make the fight less attractive? Maybe it does to both of them.” 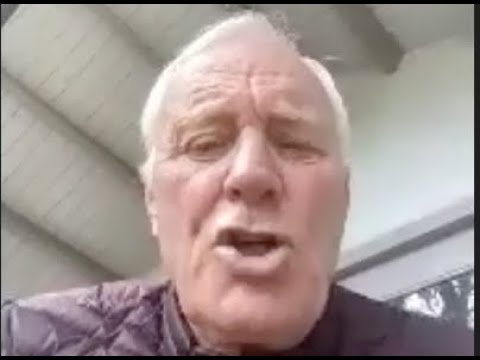 It is those circumstances and challenges which lead Hearn Sr to believe there might be an alternative ending to this story.

“Maybe the better deal is to say to Pulev and Wilder, ‘we’ll pay you to sit on your backside and wait for the outcome of a fight (Joshua vs Fury) with a guarantee of getting the next fight’, that might look attractive,” he said.

“When you put all these things together in the mix, the one fight you know you can sell for loads of money, where everybody gets paid, more than their previous fight, is Joshua vs Fury. What about rolling those dice, Tyson Fury thinks he can beat Joshua, Joshua thinks he can beat Fury.

“They both know they’re going to earn far more money from that fight than any other fight. And it’s relatively straightforward to put together, and there’s no danger of people not getting paid. That makes a bit of sense.”