Skip to content
Fury vs Joshua News Fury’s a star like Ali, but AJ beats him – Hopkins

Fury’s a star like Ali, but AJ beats him – Hopkins

Bernard Hopkins says Tyson Fury is the biggest heavyweight personality since Muhammad Ali – but still believes he will be defeated by Anthony Joshua if and when they meet inside the ring.

‘The Executioner’, himself a former undisputed middleweight king and also later also the lineal world champion at light-heavyweight, has been wowed by ‘The Gypsy King’ and his astonishing comeback from the brink of oblivion to WBC title holder. And he believes his package of personality and talent is unmatched in boxing’s marquee weight class in recent times.

“I laugh at the guy (Fury) as soon as he comes in, he don’t even have to say anything, the way he’s dressed. He is bold, he don’t care, he’s loud, he’s bright. He just knows how to present himself to be loved or hated, and Ali had that same thing, Mayweather had that same thing also. When was the last time you seen a big guy with that type of personality like Tyson Fury. His accent, the way he talks, the way he speaks, the way his personality is – and then he can flat out being a big guy like he is.

“And let me tell you something, you’re not gonna find a six pack on this guy. He has no six pack, he has no big biceps, but he’s big, he’s tall – he’s a lumberjack type of guy. And he know how to find a way to win. Listen, personality sometimes in entertainment, personality at most times and sometimes it can be more than your talent – in this case he has both.” 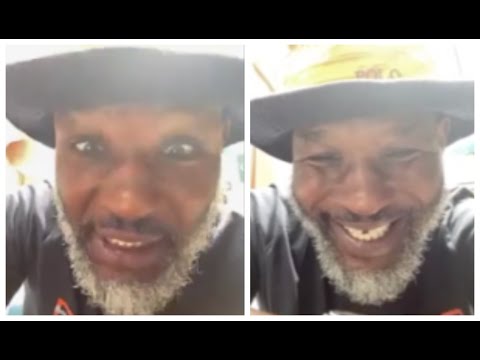 While Hopkins lavished praise on Fury’s star power, he had a shock prediction for the eagerly-awaited unification showdown(s) between him and Joshua.

“(For the second fight) I figure he (Joshua) makes those adjustments, he figures him out. And he realises that instead of going for the head you gotta go to the body, and the head will fall, the head will now hit the knees.”