Boxing lends itself to iconic stories, and therefore iconic films. There have been so many down the years it is difficult to accurately rank the best.

It is no easy task given the plethora of cinematic jewels the sport has sent our way, and just like the great fights of history, they live on. All-time classics. But we are not afraid of the challenge.

It is easy to imagine one day the amazing life of Tyson Fury being captured on film, or that potential massive showdown with British rival Anthony Joshua. But for now we have plenty to chew on and debate as we get to work ranking what is already out there.

Ranking the best boxing films of all time

No thought of box office results here, purely our opinion on what made us laugh, cry, smile and wince through film history. You can claim we’re wrong, but don’t ever question our heart…

At first this might look like your stereotypical rags-to-riches boxing tale – fighter Maggie Fitzgerald (Hilary Swank) persuades battle-hardened and ageing trainer Frankie Dunn (Clint Eastwood) to mould her and together they go off the road to what they hope will be professional glory. But ‘Million Dollar Baby’ is much much more than that. Disturbing at times and uncompromisingly raw, it delivers all of the blood, sweat and tears which encapsulate the fight game. It also delivered a slew of Academy Awards including Best Picture, Best Actress (Swank) and Best Director (Eastwood).

There is a famous phrase about boxing which reads: “the only thing that’s on the square…is the ring itself”. This 1956 epic not only provided the final film role for the great Humphrey Bogart, it also perfectly depicted the sport of boxing in its rawest form. Always compelling and fascinating but often with a distinctly rotten underbelly. Based on Budd Schulberg’s 1947 novel, the storyline sees a former sportswriter Eddie Willis (Bogart) – out of work for almost two decades – hired by a rather shady promoter to PR his latest discovery – a complete newcomer from South America. It is a grimy tale of exploitation and corruption, but it was eminently good enough to draw a raft of Academy Award nominations, and claim a place in our top 10. 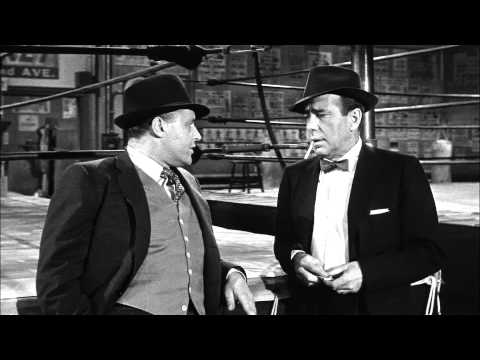 The second documentary on our list, and a fitting entry into the all-time top 10. Jack Johnson’s reign as world heavyweight champion is one of the most significant cultural tales of our time, not just a boxing story. The racial tensions in the United States and wider world made Johnson’s domination of boxing’s marquee weight class a regular lightning rid for a tinder-box society. Samuel L Jackson provides the voice of Johnson while Alan Rickman also contributes. For any boxing fan – or anybody with an interest in history – this is an essential piece of viewing. Difficult to watch at times, but always utterly fascinating and thought-provoking.

Everything about life is timing, and that phrase has never been truer than when looking at the impact of Rocky IV. Normally film franchises are distinctly flagging by the fourth chapter, but the Rocky series in many ways was about to peak in terms of interest and results. It features Balboa’s attempt to avenge the death of former rival and friend Apollo Creed (Carl Weathers) at the hands of fearsome Russian Ivan Drago (Dolph Lundgren). No surprise then that the rousing finale regularly had cinema audiences in the United States on their feet and chanting “Rocky, Rocky” and “U.S.A, U.S.A”. Filmed at the time of the second Cold War between the United States and the Soviet Union, it was the perfect film at the perfect time to capture the minds of the American film-going public. And it delivered.

John Huston’s brilliant portrayal of the trials and tribulations of Billy Tully (Stacy Keach) doesn’t have any glitz and glamour. It is rough, raw, sad at times always but 100 percent boxing. The toughest of all games. The film charts Tully’s life and problems and also tells the tale of up-and-coming Ernie Munger (Jeff Bridges). ‘Fat City’ brought Leonard Gardner’s 1969 boxing novel of the same name to life, and he also directed the screenplay. Grim at times but utterly compelling, an oft-forgotten classic of its type. 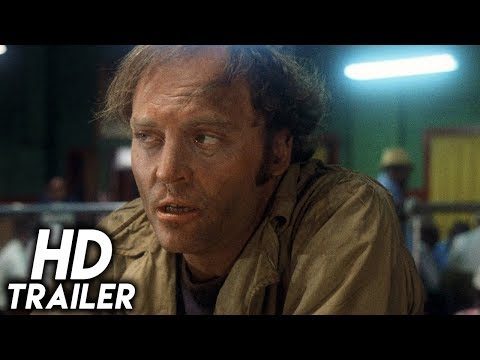 Ron Howard’s superb 2005 biographical work features the excellent Russell Crowe as James J Braddock in an unlikely world championship run not massively dissimilar to that of Rocky Balboa. Boxing throws up stories which you question can even be real, in this case it was. Braddock returns by chance from an injury-forced retirement during The Great Depression and goes on an incredible run against all the odds, finally defeating Max Baer as a 10/1 underdog to claim the world heavyweight title. Braddock (nicknamed ‘The Cinderella Man’ by famous sportswriter Damon Runyon) is superbly supported by Renee Zellweger as his wife Mae. Another cracking boxing film which could easily make lists for sports as a whole.

Based on the life of much-loved welterweight Micky Ward (remember that spectacular trilogy with Arturo Gatti), ‘The Fighter’ comes as close as any film in recent years to challenging the likes of ‘Raging Bull’ on this list. It’s that good. The storyline, centred around Ward (Mark Wahlberg) and his half-brother Dicky Eklund (Christian Bale), is full of grit, sadness, humour and powerful storylines. No surprise then that Bale and Melissa Leo (Alice Eklund-Ward, mother of Micky and Dicky), won Best Supporting Actor and Best Supporting Actress for their portrayals. Gripping stuff.

It was more than 20 years after Muhammad Ali and George Foreman met in ‘The Rumble In The Jungle’ that ‘When We Were Kings’ finally utilised the incredible footage the fight had spawned. It is the poster child for an unforgettable era for boxing and in particular the heavyweight division. The documentary is full of epic moments, wonderful monologues and spectacular insight. It is almost mythical in its power and quality. An event which drew acclaimed authors Norman Mailer and George Plimpton into its web had to be something special, and the film does not disappoint. An epic must-watch for any self-respecting fight fan. That night in Kinshasa, and the build-up and storylines which preceded it, is one of boxing’s most spectacular times. To have it chronicled in this way is an added bonus.

Everybody loves to see an underdog triumph, especially in sport, and especially in the ring. The story of Rocky Balboa’s rise from Philadelphia journeyman and debt collector to world heavyweight champion is now so famous, it feels almost real. Without the first Rocky, there are no others, so it’s the original effort which ranks highest on our list. It is of course the start of an epic association between Rocky and Apollo Creed (Carl Weathers), while Talia Shire is superb as Balboa’s wife ‘Adrian’. ‘Rocky’ cost just over $1million to make, proving that not only did its main protagonist go from rags to riches, so did the franchise… 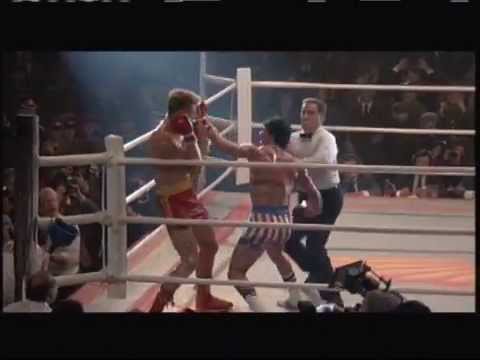 Martin Scorsese’s biographical spectacular is a piece of cinematic magnificence. It starts right at the top with the hugely complex former world middleweight champion Jake LaMotta being played by Robert De Niro, the greatest method actor of our time. It captures brilliantly all of the layers to La Motta, perfectly portrayed by the spectacular De Niro (who had to add 60lbs to his frame to portray the latter-day Jake). Scorsese’s decision to film the whole thing in black and white is the clincher when it comes to ranking boxing films – there is very little colour to this story. It is unrelentingly raw, brutal and yet often funny. No other attempt captures the many emotions and character traits that the sport draws out of its participants quite as beautifully. Utterly compelling.