The 34-year-old American Breazeale (20-2) was himself knocked out by Wilder in the first round of their WBC title match in May 2019 and had earlier challenged Anthony Joshua for the IBF title in June 2016 – being stopped in round 7.

Breazeale was not surprised at all by the manner of Fury’s dominant victory over Wilder in their second fight in February, and expects a similar outcome when the third fight (now scheduled for October) eventually happens.

“I was there in person for Wilder vs Fury 1 and I thought Fury did enough to win that fight. It was unfortunate that he got dropped the way he did. Fight number two, he showed his sheer boxing skills and just his overall strength and ability,” Breazeale told the PBC podcast.

“I think come fight number three, it’s gonna be the same outcome, if not Tyson Fury might even stop Deontay Wilder sooner in the fight.”

“We all know he (Wilder) has that big right hand. I think he’s done a great job thus far in his career getting as far as he has with just that one big punch. I think Fury is crafty enough and skilled enough to avoid the right hand as he did in the last fight and put on his own punishment.” 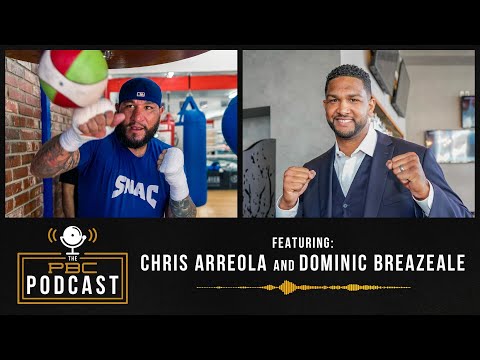 Breazeale meanwhile is looking ahead to what the future holds in store for him personally – and talked about potential matches with former heavyweight king Andy Ruiz Jr and British star Dillian Whyte.

On Ruiz Jr, he’d love the chance to face the man who handed Joshua his first professional defeat, and believes they’d produce an entertaining scrap.

“I think in the first situation (fight 1 vs Joshua) he got lucky – when I say lucky I’m not saying his punches didn’t land – he just happened to land a big shot before Joshua did and became victorious. I don’t think he put in the work that he needed to do coming into the second fight, he definitely didn’t look the part. I know he was still on his feet for 12 rounds, but Joshua was able to play it safe and get his belts back.

“I think Andy understands he kind of dropped a ball in that (second) fight now and he’s working towards his next title shot. I think I should be one of the individuals he needs to come up against before he gets back in there and fights for another title.”

A fight with Whyte meanwhile has been talked about for a long time, and Breazeale is confident it will happen.

“He’s one of the best in the world and I’m always looking to fight the best competition. I think the best of the best should be fighting each other, and me being one of the best and him one of the best, we should definitely square off in the ring. I’d love for that to be my next fight, and if things clear up and we get back to the norm I think that fight definitely happens within the next 12 months for sure.”

While the COVID-19 pandemic has effectively shut down global sport, Breazeale says he’ll be ready as soon as the lockdown ends.

“I’m one of those guys who stays active all the time. Whether boxing is affected by a pandemic or not, I’m always ready to go.”

Brezeale did though admits he misses the opportunity to stay sharp inside the ropes with proper sparring.

“The only people I’m allowed to spar with now is my wife and kids,” he joked.