Daniel Dubois is targeting huge fights including a showdown with Dillian Whyte once he has dealt with Joe Joyce later this year.

Dubois (14-0 with 13 inside distance) is still only 22 years old but is already seen by main experts as the future of the division and the natural successor to current top British heavyweights Tyson Fury, Anthony Joshua and Whyte.

Earlier this week Dubois’ promoter Frank Warren said current WBC king Fury is focused on a showdown with Anthony Joshua before any meeting with mandatory contender Whyte. He then suggested Whyte should face Dubois in a domestic pay-per-view blockbuster in the meantime.

Dubois, for his part, is not hanging around and is keen to test himself against the best in the sport.

He told IFL TV: “Down the line Dillian Whyte will be a great fight and all the rest of them, once I break through after Joe it has to be these guys, I can’t go backwards.”

‘Dynamite’ was asked whether he has the weapons to KO Whyte, and responded: “Yeah, I do believe I’ll knock anyone out, if I hit him. I need to land first obviously, but I believe I have the power to knock out anyone.”

The end goal for Dubois – ranked 7 now by the WBC in its latest heavyeight ratings, is obviously a world title, something he is completely focused on.

“It’s a dream, a goal I must chase and go after with everything I’ve got and finish what we’ve started from day one,” he said.

“I’ve been going for the world title and since I’ve been a kid this has been my dream.” 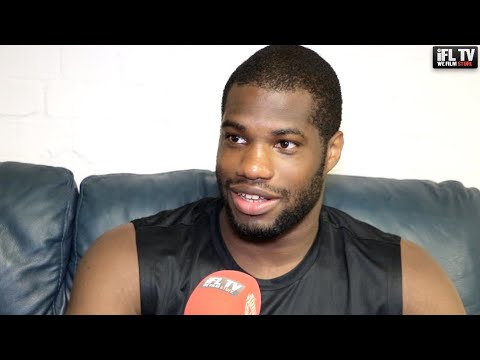 Before Whyte (27-1) can face Dubois, Fury or anybody else he must deal with Alexander Povetkin on Saturday night, behind closed doors at Matchroom Fight Camp. It’s a dangerous assignment for Whyte against the vastly experienced Russian (35-2-1) in a bout which will be aired live on pay-per-view (price £19.95) on Sky Sports Box Office and DAZN in the United States.

Dubois believes ‘The Body Snatcher’ will come through the test safely, explaining: “I think Dillian should have too much youth and determination.

“I know Povetkin is a tough talented Olympian, good amateur level fighter and he’s a warrior, so it’s going to be a good clash. They’ve both got good left hooks so it should be interesting.”

Dubois is due to meet Joyce at London’s O2 Arena on Saturday October 24 on pay-per-view (BT Sport Box Office). Before that he has an interim fight against Dutchman Ricardo Snijders (18-1)  behind closed doors at BT Sport Studios in Stratford on Saturday August 29.