David Price on why Fury will outfox Joshua

David Price believes Tyson Fury will use his “world-class boxing brain” to outfox Anthony Joshua if and when the pair finally meet inside the ring.

The 36-year-old Liverpudlian heavyweight veteran (25-7) is a real student of the game and in an interview with IFL TV he broke down the strengths of both fighters, and how a megafight between them would likely play out.

He said: “For a while I’ve favoured Fury for boxing ability and how unpredictable and how versatile he is. Joshua though proved that he can do it differently in his last fight – he can box and just stay behind the jab and move. And he moved brilliantly against Andy Ruiz (in their world title rematch in Saudi Arabia in December 2019).

“I think the fact that one is unbeaten and one isn’t, I think Tyson Fury just finds a way to win no matter what – even when he’s been badly overweight in fights and things haven’t been going his way. He finds a way to win.

“Previously I thought he’d have Joshua off balance all night with his feinting and his twitching and everything else and he’d win on points. But now I’m thinking they may just meet in the middle and go at it. But I think Fury is too clever maybe to do that. He’s got a real world-class boxing brain, I think he’s got a better boxing brain than Joshua. I think that’s what I’d edge towards Fury winning the fight with.”

Fury surprised some experts by coming in with a much more aggressive gameplan for the rematch with Wilder in Las Vegas in February – destroying the hitherto unbeaten WBC king en route to a seventh-round TKO victory. But Price thinks ‘The Gypsy King’ may revert to his approach from the first Wilder fight – much more circumspect and safety-first – against Joshua.

He explained: “If he’s gone in and done it against Deontay Wilder – who is the most dangerous puncher in the world – then there’s nothing stopping him going to do it against Joshua. I just think Joshua’s more of a well-schooled, accurate – and I think he’s better defensively than Deontay Wilder. He’s got better feet and better positioning of hands to counter these shots coming. I think he’d be more open to a short counter off Joshua because Joshua carries a lot of power in his short punches, his hooks and uppercuts.

“I think he’d be more likely to do what he did in the first Deontay Wilder fight – just plenty of twitching, plenty of movement, keeping Joshua off balance. Because Joshua is at his best when he’s throwing and when he’s got momentum. If he can take that away from him, that’s his best chance of winning. And he can do it all night, Tyson Fury. That’s what I’m saying – he’s so relaxed in a boxing ring and so comfortable, he’s at home. He can just keep going round after round.” 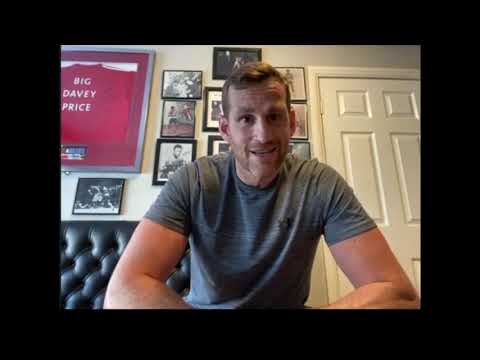 There has been much speculation recently that Wilder might be persuaded to accept step-aside money to allow Fury and Joshua to meet sooner rather than later. And Price believes he would be wise to at least consider that option.

“At the end of the day money talks doesn’t it? I think Deontay Wilder’s fighting spirit and the sportsman in him will wanna get straight back in the ring with Tyson Fury and try and even the score. But I think Tyson Fury’s got his number and he’d beat him 10 times out of 10.

“I think he’d (Wilder) be a wise man – if he gets offered enough money – he can still go on and fight the winner even, he could negotiate in the deal ‘I fight the winner after they’ve had a rematch, whatever’.

“It’s complex isn’t it but I think the best versus the best will be Fury v Joshua. We all wanna see that, I don’t think too many people wanna wanna see Fury v Wilder again because it was that one-sided. So yeah, I’d like to see the big one, million percent.”