Wilder should have stepped aside – Macklin

Wilder was crushed inside seven rounds by ‘The Gypsy King’ in their eagerly-awaited rematch in Las Vegas in February. And given the manner of that first professional defeat, he surprised many by immediately exercising his contractual right to a trilogy fight in a bid to immediately regain his WBC world heavyweight title..

In recent weeks there has been much talk of the potential for Wilder and Joshua’s IBF mandatory contender Kubrat Pulev being paid to step aside so Fury could meet Anthony Joshua sooner for the undisputed titles. And three-time former world middleweight title challenger and now commentator Macklin believes that would have been the smart move by ‘The Bronze Bomber’ (42-1-1).

He told IFL ITV: “He (Fury) took his soul away. He backed him up, he busted him up, he manhandled him, he rag-dolled him on the inside, he bullied him. He was a beaten man when the fight was over, there was no fight left in him. Can he improve on that? I don’t think he can. 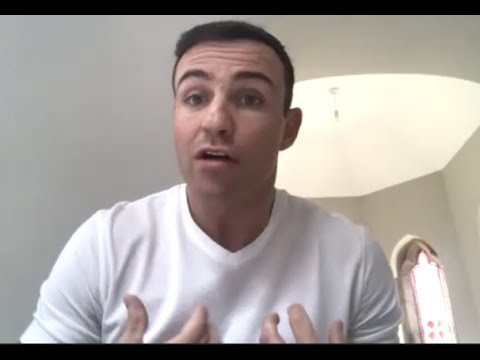 Macklin also gave his view on recent claims – rubbished by the WBC – that Fury’s gloves were doctored for the Las Vegas rematch in February, saying: “I think it’s ridiculous, I mean anyone who has fought for a world title – probably more so in America than anywhere in the world because of the all the different commission people – will know that the amount of people that have to kind of sign off on your gloves being put on, and are there watching it literally by your side, I don’t think it’s possible.”

Before Fury vs Wilder 3 can happen though there is another major heavyweight fight to look forward to – Dillian Whyte vs Alexander Povetkin at Eddie Hearn’s Fight Camp in Brentwood, Essex on Saturday August 22 (live on Sky Sports Box Office and DAZN).

It’s a dangerous assignment for Whyte (27-1) as he puts his WBC mandatory contender status on the line against former WBA world heavyweight champion Povetkin (35-2-1), who has only suffered defeats against Wladimir Klitschko and Anthony Joshua so far. And Macklin is looking forward to the biggest showdown ever to take place behind closed doors.

“I think it will be very surreal – I’m actually really looking forward it it because it will be such a unique, unprecedented situation. To be sat calling a fight with with no crowd, without 20,000 people kind of screaming and shouting and cheering all that noise, where you’re literally nobody there except the people fighting, the teams, the (British Boxing) Board of Control and the TV people.

“I don’t know what it’s gonna feel like, but I’m really looking forward to it to be honest.”