Dereck ‘War’ Chisora is convinced he will fight Oleksandr Usyk before the end of 2020 and is also planning a move into MMA with Bellator.

But Dereck (32-9 with 23 KOs), who has twice lost to Whyte in the past, says getting into the ring with no spectators in attendance would not be for him and will not happen. He does though believe the planned meeting with slick former cruiserweight king Usyk (17-0) will still happen this year despite the current global COVID-19 pandemic.

He told IFL TV: “Right now we are waiting to find out more from Eddie Hearn and the Government and that’s all I know.

“I don’t want that (fighting behind closed doors), I can’t do that. Good luck to Povetkin and Dillian, I don’t want that – I can’t do it, it’s hard. It would be difficult for me and I think it would be difficult for him (Usyk) too. We’re gladiators – I think we want people to watch it, forget about pay-per-view, it’s one of those things you need people to come out and enjoy. 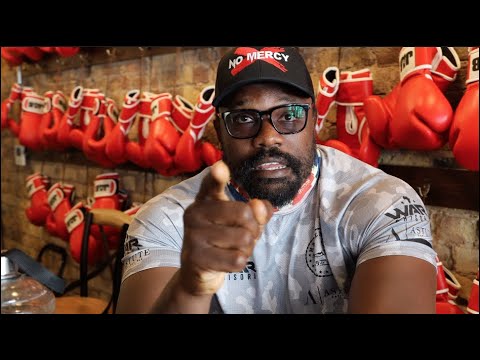 “I’m very confident it will take place (this year) because I think everybody wants to go out and fight and people want to enjoy entertainment and I’m 100 percent Eddie Hearn and David (Haye, Chisora’s promoter) will make it happen.”

In the recent past Chisora has also talked up the possibility of a move into MMA, and now claims that is definitely happening with an appearance in Bellator very much on the cards for later this year.

“It’s gonna happen. I’m definitely going into Bellator, this year. I’m not gonna let it fizzle out, I want it 100 percent.

“I am in a full camp now, I’m training hard, unbelievable, it’s going well. I’ll have Bryant Jennings (sparring partner) back in a couple of weeks. Boxing is coming back to normal.”