Skip to content
Fury vs Joshua News Whyte tells Fury: be a coward or fight me

Whyte tells Fury: be a coward or fight me

Dillian Whyte says Tyson Fury has two choices as the war of words between the two intensifies – either vacate the WBC world heavyweight title like a coward or man up and fight.

Whyte has been sitting patiently as the mandatory contender for the hallowed green belt for an eternity – and is supposed to get his title shot by the end of February 2021. There were fears though that might not happen when Fury and Anthony Joshua agreed a financial split for a double-header next year – leading Whyte to take legal action to protect his rights.

And now ‘The Body Snatcher’ (27-1) is confident the WBC and its president Mauricio Sulaiman will stand firm and will not make Fury its ‘franchise champion’ to allow him to avoid Whyte.

He told IFL TV: “Bob Arum thought he could bully the WBC into making Fury the franchise champion, but the WBC has finally put their foot down and says ‘no, we’re not making you franchise champion, Dillian Whyte’s the mandatory and you have to fight him’. It’s about time that they did something towards recognising what I’ve done, what I’ve earned.

“The WBC is gonna obviously enforce the mandatory, so he’s got two choices. Be a coward and vacate the belt, or he can fight me and then fight Joshua.” 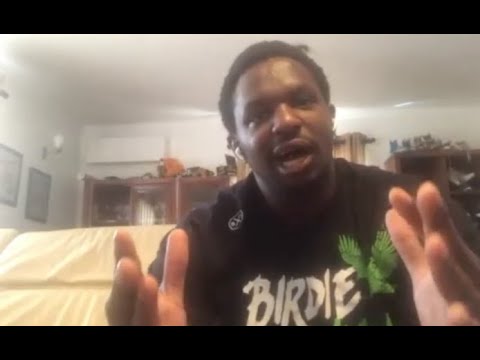 Before Whyte can allow himself to think too much about a potential fight with Fury though, he has a very live opponent in Russian Alexander Povetkin to negotiate at Eddie Hearn’s Matchroom Fight Camp in Brentwood, Essex on Saturday August 22 (live on Sky Sports Box Office in the UK and DAZN worldwide).

Despite some critics saying former world heavyweight champ Povetkin (35-2-1) at the age of 40 is over the hill, Whyte says that’s rubbish and he doesn’t have to justify anything.

“The people that know boxing do, it’s just the haters try to make it something that it’s not,” he said. “You’ve got haters like Tyson Fury saying ‘oh you’re fighting a 40-year-old man’. Deontay Wilder didn’t want to fight Povetkin, Tyson Fury wouldn’t fight him – these guys talk rubbish.