Whyte could yet scupper Fury vs Joshua superfight

Plans for a Tyson Fury vs Anthony Joshua superfight next summer appear to remain under threat from WBC mandatory contender Dillian Whyte, according to an update from Mauricio Sulaiman.

Whyte (27-1) has been patiently waiting for a shot at Fury’s WBC title, with a deadline of February 2021 currently in place. Meanwhile it was revealed earlier this week that Fury and Joshua have ‘agreed in principle’ to financial terms for a blockbusting double-header, likely starting next summer.

It’s difficult to see how that grand plan could go ahead though if Fury must in the meantime negotiate not only his planned third meeting with Deontay Wilder, but also a mandatory defence against Whyte. There had been talk the WBC could grant Fury “franchise champion” status, which would allow him in theory to sidestep his mandatory challenger, but WBC president Sulaiman says so far there has been no discussion about that, and as it stands Fury must follow up that Wilder showdown with a mandatory defence against Whyte. 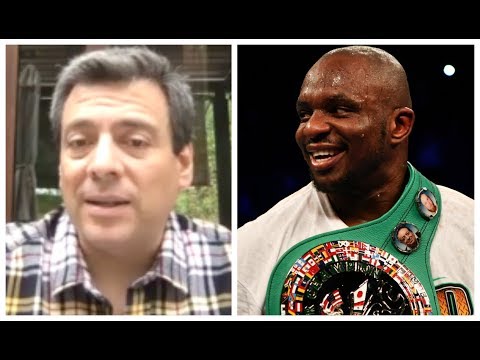 “We are not familiar in any way on the terms for anything other than Tyson Fury having Wilder as his next opponent – because of the contract they have – and then we have a mandatory contender. We have not received any communications whatsoever from the promoters. That’s where the WBC stands right now. We are in the middle of a pandemic, we don’t know when activity will start. We are gonna address every single weight category independently. The WBC will rule with the facts specific to that weight category.

“The timings you cannot control. If the fight (Fury vs Wilder 3) takes place October, November, December – we don’t know. For the WBC it is Wilder fighting Fury and then the mandatory title defence. It should be happening – first there has to be the fight with Wilder. It will depend when it takes place – we don’t know, this is a crazy world we are living in. Hopefully COVID-19 will be out of the picture for the planning of the sport.

“To just be very clear – to make the confirmation – we have Tyson Fury making the commitment that he has against Wilder, which is a signed contract, and then the mandatory title defence of the division.”

While that mandatory obligation means there is still an element of uncertainty about whether Fury and Joshua could indeed meet next summer, Sulaiman was still delighted by news that fight had moved a step closer to being agreed.

He said: “It’s great times for the sport to get positive news. There are so many great fights that the world wants to see. And of course, the unification of the heavyweight division between two major champions, two great personalities from the UK in Tyson Fury and Joshua. Of course it’s great news.”