Filip Hrgovic tipped to rule after ‘The Gypsy King’

Croatian prospect Filip Hrgovic has been tipped to be the next ruler of boxing’s heavyweight division after the current king Tyson Fury hangs up his gloves.

The ‘Stone Man’ has built up a professional record of 10-0 with eight of those victories coming inside distance, and is set to look for his 11th success in the paid ranks on Saturday night against Greek heavyweight Alexandre Kartozia (8-1-1) at the Struer Arena in Struer, Denmark.

Ahead of that fight, Hrgovic’s former opponent Tom Little has lavished high praise on the Croatian, saying he has the tools to be the next big thing in the fight game’s marquee weight class.

The 33-year-old from Hatfield in Hertfordshire faced up to Hrgovic in January 2018, being stopped in the fourth round of their clash in Riga, Latvia.

Little was clearly very impressed by what he came up against, telling Sky Sports: “Hrgovic will be the next dominating force when Tyson Fury hangs up his gloves. He is that good. He will be another such heavyweight as Wladimir Klitschko.”

As well as Hrgovic, Little has also been in with the most exciting young heavyweight prospect in Britain right now, Daniel ‘Dynamite’ Dubois (15-0). And while he was also stopped by Dubois, he believes it is the ring savvy the Croatian shows which puts him ahead of Frank Warren’s highly-touted prospect.

“Hrgovic is the standout prospect and the one that can have longevity and success,” said Little. 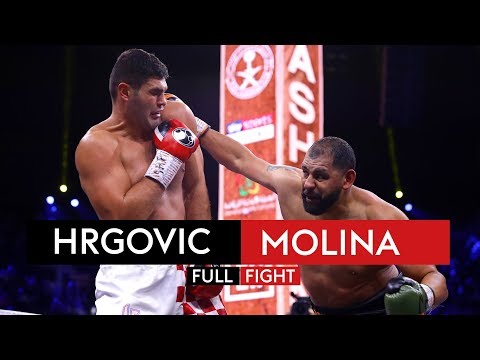 “Hrgovic is so, so clever. Magomedrasul Majidov was a brilliant fighter but I never felt that he out-smarted me. He was just stronger than me. Dubois didn’t out-smart me, he was stronger than me. My fight with David Price should never have been stopped, there is still a big question mark over that fight.

“But Hrgovic? He out-smarted me and out-punched me.”

Before turning professional in 2017, Hrgovic had a stellar amateur career. He claimed gold at the 2015 European Championships before winning a bronze medal at the 2016 Olympic Games in Rio.

In his last bout, Hrgovic stopped Eric Molina in the third round on the Anthony Joshua vs Andy Ruiz Jr 2 undercard in Saudi Arabia last December.