The 2020 list – revealed earlier this month – put Fury in as the highest ranked combat sports athlete at number 11 with earnings of $57million (£46million) – the lion’s share of which came from that devastating destruction of Deontay Wilder in Las Vegas in February. Joshua meanwhile was down in 19th position, with reputed earnings of $47million (£38million).

But Smith has questioned the veracity of the list – and others like it, notably the Sunday Times Rich List – confidently believing AJ is still the biggest box office attraction there is.

“I think these publications – it’s like the Sunday Times Rich List – what’s it based on? Not many people actually know the real numbers and it’s not my place to talk about how much money people earn, I wouldn’t. It’s only for people to talk about themselves.” he told IFL TV.

“I would say AJ is still the commercial A side of any fight in the heavyweight division – if not the sport as a whole. Ultimately it’s money at the end of the day. It’s about, one side everybody needs to make as much money as they can. But ultimately when it comes down to it, they’re gonna have a fight and the winner’s gonna win.

“And a Forbes article of ‘he’s number X and he’s number Y’ – it’s like the Sunday Times Rich List, what’s it based on, who knows? If they’ve got access to both their bank accounts and they say ‘here it is’ then believe that. That’s what I’d say.” 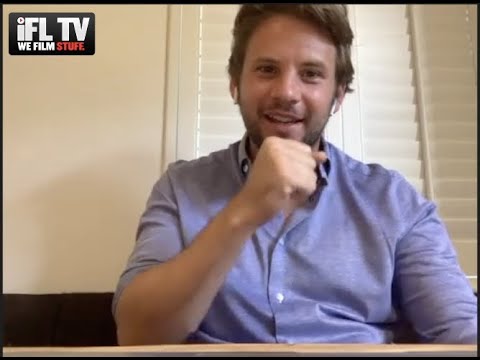 Another hot topic for a Fury vs Joshua showdown is the potential venue. Not surprisingly there is a clamour for the fight to be held in the UK, but Smith says the economic reality for the fighters has to be part of the discussion as well.

“I think this is the biggest fight both guys will have in their career, unless something else comes along five or six years down the line that we can’t see now. They need to do what is best for them and their careers. If that means going elsewhere…” he said.

“It would be great to do it in the UK, of course it would – an all-British heavyweight undisputed title fight – I think we’ve got to be realists at the same time. It’s like anyone. If someone said to you ‘you can go and do your job and get paid, I’m not naming numbers, but 10 times as much here’, you’d say ‘thanks very much’ or I’d guess you would, most people would.

“Their career could last one more fight, and then they’re 30-odd years old and what’s after that? Who knows. Or it could be 10 more years, but they’ve got to do what’s right for them in their careers.”

Saudi Arabia has been the site most mentioned for Fury vs Joshua – not surprising after Riyadh successfully hosted Joshua’s rematch victory over Andy Ruiz Jr in December 2019.

Smith said: “We have a great partnership with the Saudis and it was a great show. It was a great night and everything that they said they’d do, they delivered on. As a whole I think it just worked out brilliantly. I don’t think there’s anything anyone could have said went wrong that night. The result in the end was great as well.

“I think Saudi’s a great place to do fights and we’ll see a lot of big fights take place out there.”