Adam Booth admits he was “in awe” of Tyson Fury’s demolition of Deontay Wilder, and would favour ‘The Gypsy King’ to defeat Anthony Joshua if and when the pair eventually meet.

An all-British world heavyweight title unification showdown (or two) is the clash that every fight fan on these shores wants to see in 2021. And in an absolutely fascinating interview with Kugan Cassius for IFL TV, Booth – who masterminded David Haye’s rise to a world heavyweight title back in 2009 – broke down both fighters and the potential matchup itself.

The praise he lavished on Fury for that rematch destruction of Wilder in Las Vegas in February was quite something – describing it as the most stunning improvement he’d seen from a fighter, ever.

Booth said: “The improvements that Tyson has made, or the changes that he made, so drastically, between the first Wilder fight and the second one, with no interim fights, is as big a change in a fighter’s approach, mentality, performance and everything else – it’s as much of a 180 as I’ve ever seen in boxing.

“I think his performance in that second fight shocked everyone except him and his team. That Kronk mentality of in the first round testing the man and having that dominant balance and that assertive jab – he’d never boxed like that before, ever. Not even back in the day when he was fighting John McDermott and Dereck (Chisora) and people like that. Never boxed like that.

“In the biggest fight of his life – for the WBC belt – and he went and did it and performed it so well. Genuinely I was in awe – obviously I know Andy Lee really well and I know ‘SugarHill’ really well, and I was as proud for them as anything because I know their knowledge and their understanding of the game.

“The fact that Tyson was firstly willing to open himself up to that strategy, and for him to make such a 180, he would have had to totally gone into that with no hesitation or no doubt. You box him on the back foot in the first fight and you beat him, but you didn’t get the decision. So you proved how to beat him.

“No, we’re not gonna do that this time, this time round you’re gonna do the total opposite – you’re gonna fight a way you’ve never fought before. You’re gonna fight like a bigger white version of Thomas Hearns and dominate from that centre ring and use that assertive jab and land that right hand in that Kronk style. That’s a 180 right? So massive kudos to all of them – to be able to make that level of change and improvement with nothing in between, just probably proves that at this moment in time we don’t know how much better he can be.”

Booth recounted the difference between Fury now and the man he met in 2013 when Tyson was in line to face Haye – a bout a) that never happened and b) Booth remains convinced Haye would have won.

“Something popped up – someone sent something to me where, it was years ago on Ringside on Sky, he was supposed to be fighting David (Haye),” Booth explained.

“Don’t forget I get on really well with Deontay (Wilder), I know Deontay quite well, but I was in total awe and respect of the job that Tyson did that night, and my friend Andy Lee, and my friend ‘SugarHill’.”

While Booth lauded Fury’s achievements in that seventh-round TKO of Wilder, he also praised the change that Joshua had made in adopting a more cautious approach to outpoint Andy Ruiz Jr in their rematch to regain the belts he’d lost in that stunning New York defeat last summer.

He said: “Joshua’s 180 – the first fight when you look at it, it just looked like he wasn’t there physically and mentally – kind of looked like he didn’t really know what he was doing for the most part, other than just trying to get rid of him. In the second fight he went in there wary of the man’s power, knowing that the man can hurt and stop him, and he applied himself to that fight with discipline and with structure, and he stuck to the discipline and the structure of it.

“I thought Ruiz was disappointing, but however disappointing Ruiz was, Joshua was equally as impressive in just applying a strategy to win the fight, to minimise the other dude’s possibilities, to take advantage of his own possibilities and not be greedy with it, and just walk away with the win. And that fight wasn’t about entertaining the crowd, it was about getting the win, and that’s what he did. Because knew that he just needed those belts back to then crack on and give the bigger and more entertaining fights in the future.

“So certainly as disciplined as Tyson’s 180, but I would say that Tyson’s 180 impressed me that much more because his put him right in the line of danger, in an unknown. Whereas Joshua’s strategy was to box high up, move and be more smart and more cautious.”

When pushed to say who he would favour if Fury vs Joshua were to happen right now, Booth was in no doubt – explaining: “I’d have to favour Tyson Fury. It’s all about styles and Tyson’s proven himself over and over again in the face of people not believing he can do it. Let’s go back to the Klitschko fight. There was nothing preceding that that really made him anything credible to be a favourite in that fight.

“Then he took that hiatus away from the sport – I remember sitting next to him, talking to him, in Monaco, thinking ‘he’s never coming back’ just because of the size of him and how unwell he looked.

“What he came back and did (in his initial comeback fights) had no relevance to that level (against Wilder), and then to step in with Deontay Wilder and do what he did. In that fight (the draw in Los Angeles in December 2018) he wasn’t what he should have been – he was still heavy, overweight, not as good a condition as he was the second fight.

“When you look at all the things that he’s done, and how he’s proven convention wrong, and he has that flow, and he’s hard to hit and he’s prepared to go down and get up but he’s got that mobile balance, that mobile balance I think would play out as the difference in that fight.” 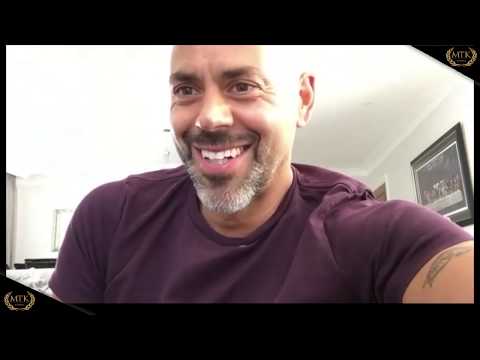 Before the all-British unification clash can become reality both men have fights to negotiate this year – Fury a third meeting with Wilder and Joshua a mandatory defence against Bulgarian Kubrat Pulev. Booth does not expect any hiccups to derail the big one.

“If you’re asking me do I think Joshua beats Pulev – yes,” he said. “Do I think that Fury beats Wilder again? If Wilder goes straight back into the rematch, then I’m strongly in favour of Fury to do a similar job again.  So yes. I would favour them both to come through those fights.

“Personally I think Deontay Wilder needs to go back, regroup and come back a bit more of a complete fighter. I think Tyson’s proved that his style and his attributes can totally negate Deontay’s ability to land that power. If you’ve got power that you can’t land, power’s irrelevant. Tyson proved that he was able to dominate that fight and not allow anything powerful to land. The fight wasn’t even close, was it?”