Fury vs Joshua at Wembley? Don’t rule it out yet…

For months COVID-19 appeared to have destroyed the dream of Tyson Fury vs Anthony Joshua taking place in front of 90,000 rabid UK fight fans at Wembley Stadium.

With the pandemic keeping crowds out of domestic arenas for pretty much a year now, it appeared the Middle East would almost certainly land the first meeting of Britain’s two current world heavyweight champions.

But with the bout now possibly being pushed back into July, that does raise an intriguing possibility. Will the COVID vaccine and the third national lockdown have cleared things enough for the unification match to take place in the UK?

Fury’s co-promoter Bob Arum raised just that possibility during a YouTube interview this week. He says there is “no frontrunner” at present to stage the bout.

Arum told Boxing Social: “The reason there is no frontrunner is because it changes. First it’s one country comes up, then another country comes up. Right now I couldn’t even hazard a guess at what country it will be.

“And who knows, if things clear up sufficiently by the end of June or July, it could land back in the UK at like Wembley Stadium. I would love to do a fight, that fight, for 80,000 at Wembley Stadium. 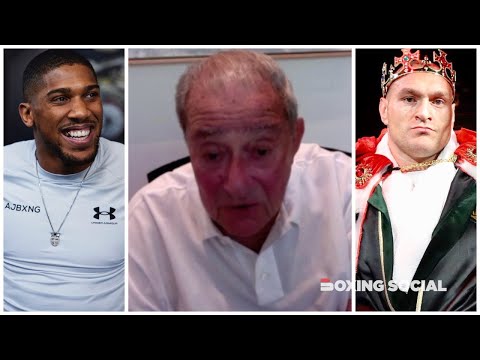 “I’m an old-school guy and I love to do these events with huge crowds in outdoor stadiums.”

Arum had said earlier on Wednesday that everything was agreed between the Fury and Joshua camps for the big fight. He re-iterated that fact here, saying now it is just a matter of signing contracts.

“There doesn’t appear to be any additional issues to be resolved, so I hope that by the end of this week the parties will have signed off and then hopefully we can get a site and get this great event off the rails.

“It would be a lot easier obviously if we didn’t have this pandemic, but we do, and hopefully we can get contracts fully signed, a site designated with an announcement and then a build-up to the fight, whether ti takes place in June or July.”

The news will be music to the ears of Fury in particular. Only last week he openly doubted whether the fight would actually happen. Remember the two fighters first agreed in principle the financial structure for a two-fight deal way back in June 2020.

Arum has already said he expects the two men to earn around $100million each for their first meeting alone. It is expected there would then be an immediate rematch.