Teddy Atlas believes Tyson Fury vs Anthony Joshua can be bigger than the Floyd Mayweather Jr vs Manny Pacquiao superfight.

Fury and Joshua are expected to meet in Saudi Arabia in early August to unify the world heavyweight titles. Contracts are signed and an announcement regarding the date and venue is expected this week.

The pair are expected to earn around $100million each for what will be the biggest fight in British boxing history, despite doubtful noises coming from Fury’s co-promoter Bob Arum in recent days.

Arum said only last week that a summer fight was “dead in the water”, but not only does Atlas believe it will happen, he thinks it could top the richest fight in boxing history. 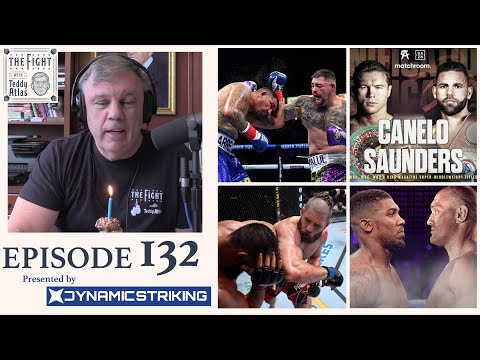 Mayweather Jr and Pacquiao finally met in Las Vegas in May 2015 – some say five years later than they should have. But their bout still drew a record-breaking 4.6million pay-per-view buys in the United States.

It wasn’t just a fight – it was a mega event. To say it brought out the rich and famous would be an understatement – the tarmac at McCarran International Airport in Las Vegas was jam packed with private jets belonging to movie stars and other celebrities and billionaires.

Atlas says Fury vs Joshua could be that type of event, explaining on his ‘The Fight with Teddy Atlas’ podcast:  “I think it will get made just like it got made for Pacquiao and Mayweather, because the money will be there and the rest of it will get figured out.”

Atlas also gave his view on the back and forth between Hearn and Arum, and believes it could be a power play for the 89-year-old Hall of Famer.

“It does come down to power too, not just money. Arum’s got all the money in the world, but I guess that old saying there’s never enough money for a lot of people.

Atlas added: “You would think that at this point he’d (Arum) want to be involved in maybe the biggest fight ever, because it could be that.

“As far as pure boxing fights, the enormity, the universe that Mayweather/Pacquiaao fight encompassed, this fight could top that. That’s how big this fight could be for the heavyweight title.

“There’s still a mystique, something special about the heavyweight title – the baddest man on the planet, all that stuff. There’s still some power to that.

“And maybe Arum says ‘Hey, yeah, I want that to be on my ledger too’.”