Hatton and Macklin on Fury vs Joshua superfight

Ricky Hatton and Matthew Macklin both have experience of big nights for British boxing – and they joined Sky Sports recently to talk Fury vs Joshua.

Former two-weight world champion Hatton gave his verdict on the real Tyson Fury the man, while three-time world title challenger Macklin explained how he thinks an all-British world heavyweight title unification showdown might play out. Here is what they had to say:

“I’ve known him for years. I’ve known him through the bad times where he’s struggled. During the bad times I could see he wasn’t in the right place. He is what he says on the tin. A few years ago he couldn’t open his mouth without upsetting somebody or someone could he?

“Because he wasn’t in the best of places people got the wrong idea of Tyson Fury. Because he’s in a good place now, at home with a family, doing his bit for mental health, he’s top of the tree in the heavyweight division, and he’s doing positive things not just in the ring but out of the ring. 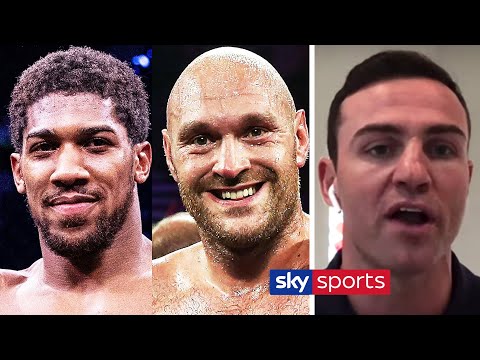 “I think that Anthony Joshua was probably as dangerous with one punch as (Deontay) Wilder, but he’s an all-round much better fighter. He’s got a lot more in his arsenal. He’s got a good jab, he’s technically a good fighter. He can fight on the inside as well, he carries enough power – certainly a big big puncher.

“But I just think Tyson Fury, his boxing IQ, his smartness, his mental strength, his jab, his speed, his mobility and agility for such a big guy. I just think he knows a little bit too much for Joshua and I just fancy him – I’ve got a gut feeling that I think he’ll be just a little bit too good in every department. I think his gameplan, his speed, his jab, his mobility – and I just think he’ll know a bit too too much and stay a step ahead of him.”