With the likelihood of Tyson Fury facing Anthony Joshua next year growing by the day, the next question – and the biggest one in boxing right now – is who wins?

Fighters and pundits alike are already being asked about who they would favour in an all-British heavyweight unification match, and IFL TV’s Kugan Cassius got in on the act this week when he held a round-table on the subject.

“You look at past form, I’ve not changed at all, and I think Tyson Fury technically is the one that’s head and shoulders above all of the top 10 heavyweights there. But I think Anthony Joshua is an all-rounder. I know Tyson Fury absolutely blitzed Deontay Wilder, but let’s be honest – Deontay Wilder, all he ever had was that punch and that’s it. Technically you’d look at him and think ‘wow, you’re so wrong’ but that punch always saved him. So Tyson Fury, it was like taking candy from a baby when you had all the tools, all the ammunition to do what you had to do. 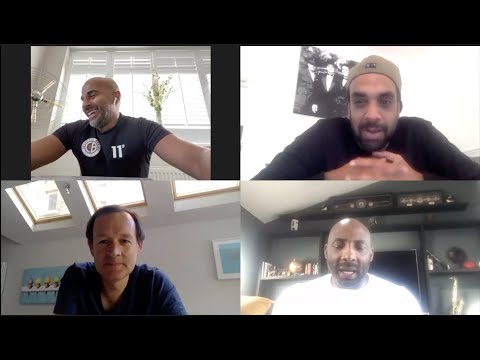 “You’ve heard me say many times, Kugan, how much I respect Tyson Fury and the fact that I think Tyson Fury’s comeback from where he was is one of the most incredible stories we’ve ever had in our sport.

“I was there ringside at the last massive fight before lockdown (Fury vs Wilder II in Las Vegas in February) – he was incredible from start to finish. He told us what he was gonna do, it was an absolute ripping apart of Deontay Wilder and I was so impressed with him. You’ve got to say there that he’s the man in form, he’s the man to beat.

“Having said that if you looked at June last year and what happened to Anthony Joshua, you’d say Fury every day of the week. But you know he’s an incredible physical athlete, very mentally strong, AJ. And he was brilliant in Saudi, executing a gameplan. He’s got a phenomenal guy in his corner who has always been there – still underrated I believe Robert McCracken, one of the very best in the business.

“He’s got something about him Joshua, he’s a real competitor. I tend to agree with Johnny. I think Tyson Fury would start slight favourite – he has got the boxing ability and the size and the calmness in the ring I think. And now showing a little bit of power under Sugar Hill and the great work Ben Davison did with him. You’ve got to probably fancy him as a favourite going him, but I think it’s a really hard fight to call.

“I think that Joshua has got much more about him structurally than Deontay Wilder. I think he hits hard – maybe not as hard as Wilder with a single punch – but I think he’s very strong, he’s proved he can get up off the floor. He’s got a huge heart. Could he be outboxed by Fury? Yes he could be.

“I think it’s a fascinating fight but I agree with Johnny, just at the moment I’d lean slightly towards Fury but with no great confidence either way and I think it’s one that you’d probably wanna see two or three times. It’s a great matchup and it wouldn’t surprise if Joshua’s style was all wrong for Fury actually and that he found a way to construct a victory over him.

“Fury is the most naturally talented of the boxers in the heavyweight division and has been for a while I think, but sometimes he blows hot and cold. He wasn’t great was he in those couple of fights in the comeback and then he was floored heavily in that 12th round by Wilder. He shouldn’t have got through that but he did – I thought he won the fight even though it was a draw. He’s the man in form, but then Joshua was brilliant in Saudi. So maybe we need the Pulev fight and the third Wilder fight before we make a better prediction, but I think Johnny has got it about right there.”