Fury vs Wilder 3 ‘set for Christmas in Sydney’

Tyson Fury vs Deontay Wilder 3 could yet be the perfect Christmas present for boxing fans, according to media reports from Australia.

Earlier this week the Hall of Fame promoter Bob Arum – whose Top Rank promotes Fury along with Frank Warren’s Queensberry Promotions – claimed that Australia was in the mix to stage the bout along with Macau. Both present fallback options if crowds are not allowed back into American arenas in the final quarter of 2020.

And now a report in the Sydney Morning Herald claims that not only could the fight take place Down Under – it could happen on Christmas Day!

Promoter Dean Lonergan, who took future Hall of Famer Manny Pacquiao to Australia for his shock defeat by local hero Jeff Horn in Brisbane in 2017,  said: “When Bob (Arum) came out and said that we are talking to ‘our friends in Australia’, I’m the one he’s talking to. It’s my proposal, I put it to him with budgets, how we’d do it, the whole lot.

“Bob has been an incredible partner and ally for me in the world of boxing. I just had a thought six weeks ago that if these guys can’t do a major fight in Las Vegas or New York, why not come down here where I know we can get a crowd.”

Lonergan explained the potential timing for Fury vs Wilder 3 in Australia, with Boxing Day afternoon at Sydney’s Bankwest Stadium ideally set up to cater for a late Christmas night TV audience back in the United States.

“We are flexible around the timing, but if we did it at 1.30pm on Boxing Day, it would be beamed back into the States on Christmas night.”

Lonergan also says there is also a historical significance for a Boxing Day date, as the legendary Jack Johnson became the first black heavyweight champion by beating Tommy Burns at Sydney’s Rushcutters Bay on December 26, 1908.

He said: “Given what is going on around the world at the moment, what an opportunity to celebrate the first African-American to cut through in American culture. This is well before the days of Jackie Robinson in the 1950s, Jack Johnson was the most controversial figure of his day, bar nobody. It’s who Muhammad Ali took his lead off. He set the platform for African-Amercian success in sports.” 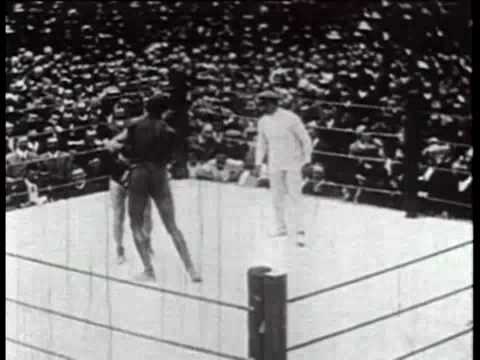 Fury and Wilder drew their first fight in Los Angeles back in December 18, with Fury robbed in the eyes of many experts despite being decked twice by the explosive Wilder.

Second time round though ‘The Gypsy King’ made no mistake, changing his strategy in sensational style under the new tutelage of Javan ‘SugarHill’ Steward and Andy Lee to fight more aggressively en route to a dominant seventh-round TKO victory in Las Vegas in February.

Wilder surprised many, given the manner of that defeat in the MGM Grand Garden Arena, by immediately exercising his contractual right to a third fight. He blamed his first professional defeat on a number of factors – including the costume he wore for his ring walk, and a bicep injury.

The third fight was initially scheduled for July 2020 but that was scuppered by the onset of the global COVID-19 pandemic. Now an October date has also fallen by the wayside, with November or December now mooted for the big showdown.

Arum has consistently said the fight will not take place behind closed doors, due to the financial hole the lack of a live gate would mean. The Vegas rematch saw paying spectators rack up a new live gate record for a heavyweight bout of just under $17m.