The pair had been due to complete their world heavyweight title trilogy in July but the spread of the coronavirus has seen that date put back to October.

Now Hall Of Fame promoter Arum says the fight may have to move again because of the loss of substantial gate revenue were the event to take place behind closed doors.

Fury and Wilder fought to a thrilling draw in their first fight at Staples Center in Los Angeles in December 2018. And Fury blasted his way to a seventh-round TKO victory in the rematch at the MGM Grand Garden Arena in Las Vegas in February 2020.

That rematch was seen by a live gate of 15,816 who paid a whopping $16.9m in gate receipts – a new record for a heavyweight bout.

Top Rank CEO Arum, who promotes Fury along with Frank Warren, told ‘Catching Up With Crystina’: “It’s one thing to take events that were done with 2-3,000 people to do them now without crowd. It’s not nearly as egregious as doing a Tyson Fury vs Deontay Wilder fight without fans when the fans in the last fight put in almost $17m into the coffers in the purchase of tickets.

“I mean how do you replace that $17m? I mean you don’t, you can’t. A Fury-Wilder fight might have to wait a couple a more months until we can go back to full spectators. For sport like boxing, where gate money is such a big percentage of the revenue, I don’t see how you can do it without spectators. 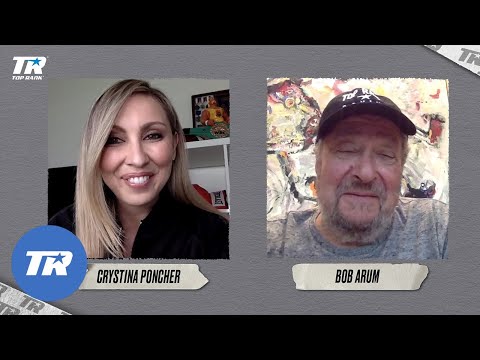 “We’re not gonna be able to do a fight with Loma (lightweight king Vasyl Lomachenko) in any event until after the travel ban is lifted since Loma – who was in the United States – went back to the Ukraine to be at home when everything got shut down.”

For now Arum is not even thinking too hard about when Fury will finally step into the ring with Wilder for a third time. He just wants to work out how boxing can start again. Whatever the format and level.

“Our first order of business is to find out how we can get up and running in whatever format is required. If it’s not to do title fights, so be it, we’ll do the best we can, people will understand. There are a lot of good 10-round fights that we can put on.”