Cautious Fury on why he will not overlook Wilder

Tyson Fury has vowed he will not look past Deontay Wilder and ahead to the tantalising carrot of a possible all-British world heavyweight title unification showdown with Anthony Joshua.

Fury and Joshua have agreed basic financial terms for a blockbusting double-header in 2021 – the first fight a 50-50 split with the winner taking a 60-40 share in the rematch. But first Fury (30-0-1) must meet Wilder for a third time after handing ‘The Bronze Bomber’ a devastating first professional defeat in their Las Vegas rematch in February.

Wilder (42-1-1) – whatever his technical limitations might be – is still one of if not the most explosive puncher in the heavyweight division. And Fury says there is no way he will take him lightly despite dominating in that seventh-round TKO four months ago.

“A lot of people say it’s a big mistake to book fights in advance. I never overlook an opponent, I always train really hard. I always dedicate to the fighter I’m about to the fight, not someone I’m about to fight in the future.

“I will never take Deontay Wilder lightly because I know what he holds in both hands. And I know how much damage he can do if you give him the opportunity. So I’m gonna train really hard for Deontay Wilder, I’m gonna put in a great performance, get him out of the way, put Wilder to bed and then we move on to Joshua.”

While that financial split and two-fight element may be agreed in principle for Fury vs Joshua, ‘The Gypsy King’ knows until a written contract is in play and interim fights are over, nothing is certain.

“I don’t think there’s any terms reached re the Joshua fight. I just think both fighters have agreed to fight in 2021 providing we win our upcoming fights. I’ve heard it all before to be honest – fights like this have been agreed before and then not materialised because one fighter’s lost or whatever. I’ve been in this situation before and it didn’t happen the last time this situation happened.

“So I’m not concentrating on that fight (Joshua) at all, I’m only concentrating on ‘The Bronze Bomber’ and that’s the fight that I’ve got next, whenever it’s gonna be, which we don’t have any date or venue set. So I’m not gonna look a year in advance when I can’t even see the future of this year.” 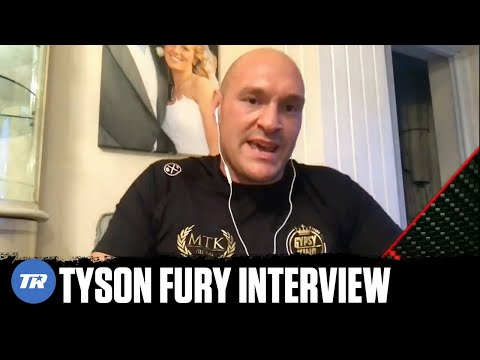 One other stumbling block to a unification showdown against Joshua is the mandatory defences both in theory have to make. Dillian Whyte – as has been widely publicised – has been sitting patiently waiting for a shot at Fury’s WBC belt, but Fury says he’s not the only one with obligations.

“I think he’s (Joshua) got two mandatories actually, I’ve read that both mandatories have said they want their fight. The IBF in Kubrat Pulev, who is a tough challenge for anybody. Top Rank guy, well schooled guy. Then he’s also got Oleksandr Usyk, who is a slick southpaw boxer who is the WBO mandatory. So by no shadow of imagination does he have any easy fights coming up. Just like I haven’t myself with Deontay Wilder.

“So it’s bit early to say anything’s definitely guaranteed to happen, because as we’ve seen in heavyweight boxing before, Andy Ruiz was a stand-in opponent at two weeks’ notice, and he ended up knocking Joshua out and spoiling the party and taking his undefeated record. Nothing’s a guarantee, nothing is certain in life, especially in boxing.”

While Fury was utterly dominant in that February win over Wilder – he has still been watching the tape over and again to give him an even bigger edge for their trilogy showdown.

“I’ve watched that fight around about 10 times, actually all the way through from start to finish,” he admitted.

“But I’ve watched the highlights quite a bit, because I like to examine the work that I’ve done in some fights. In that fight I wanted to look at Wilder and see how he was coping with different things and different scenarios. I’ve really broken it down over the last three months, hence I’ve had nothing to do. It was just every single part of it, I was just too good for him in every department. Whether it was long range, inside, hooking, punching, hitting the body. Anything – I just outmatched him.

“This is the difference between a match-fit Tyson Fury who is kept busy and a Tyson Fury that’s had three years out of the ring. I’m going into the third fight even more focused than I will be for this fight because I know that this is Wilder’s last chance for the big time, especially winning his belt back. He’ll come in with much more determination and much more focus. I have to take this fight even more serious than I did the first two.

“A lot of champions, a lot of fighters, have had trilogies with people and just because they’ve beat them comfortable the second time, overlooked them the third time and ended up getting knocked out or losing.  I don’t want to be one of those statistics in time to come.”