Joe Joyce will have too much experience for Daniel Dubois when they finally lock horns on Saturday November 28, according to his manager Sam Jones.

After multiple false starts due to the COVID-19 pandemic, the biggest domestic heavyweight clash for years will finally go ahead behind closed doors. It will also not be on pay-per-view, much to the surprise of many experts and the delight of UK fight fans.

The 23-year-old Dubois (15-0) is the most exciting young heavyweight around, and the future of the division according to many. But Jones believes his man, now 35 and a stellar amateur in days gone by, is way too seasoned for him.

Joyce CV so much stronger

When asked why he believes Joyce (11-0) wins, he told IFL TV: “I think experience. Joe’s always fancied the fight. Is he gonna have to take a few? Yeah, definitely, Dubois is a huge puncher, very young but inexperienced. Very very inexperienced.

“Joe Joyce has all the pedigree in the world. He’s faced better people than Dubois in his career – albeit maybe not as a professional but you look at the opponents Joe’s been in with.

“Although Bermane Stiverne was not in the best shape, it was still Bermane Stiverne. The last thing you lose is a punch and Bermane Stiverne connected with Joe Joyce. I wasn’t really a fan of that performance with Joe and Stiverne. But if you look at who Joe has been in with as a professional and definitely as an amateur, it’s night and day between the two. 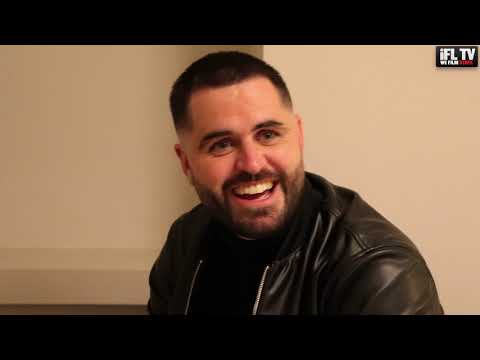 “Daniel Dubois – who’s he really fought, amateur or professional? Nobody. That’s just my opinion, everybody’s entitled to their opinion. That’s what makes the fight so special. Dubois is definitely the favourite going into it, you’ve only got to look at the odds to see that.

“But we believe in Joe, and most importantly Joe believes in himself.

“I think people underestimate Joe’s power as well. it’s plain to see Dubois is a huge puncher, but again who has he knocked out? You go back to the Kevin Johnson fight and he couldn’t open Kevin Johnson up.”

The lack of a live gate, and no pay-per-view revenue, means smaller purses for the fighters. But Jones explained why they decided to go ahead with the fight despite that.

“It was a great idea from Frank but we still had to make it work I think from both sides. Team Dubois and ourselves.

“We’ve all had to take a haircut. It’s because I think there’s a lot of self-belief there – Joe believes he’s gonna win the fight. And winning the fight would put him in such an amazing position for next year.

“People are speaking positively about the fight and we’ve delivered a huge fight for the fans in dark times.”