Skip to content
Fury vs Joshua News Usyk, then Joshua – What’s next for Joe Joyce

Usyk, then Joshua – What’s next for Joe Joyce

Just days out from his epic victory over Daniel Dubois, Joe Joyce is already looking ahead to what comes next – and he hopes it will be Oleksandr Usyk followed by Anthony Joshua.

The 35-year-old former Olympic silver medallist (now 12-0 as a pro with 11 wins inside distance) is a man in a hurry. And that sensational 10th-round knockout of Dubois should set him up for a potential world-title shot in 2021.

Joyce appears likely to assume Dubois’position as #2 in the WBO rankings, behind only mandatory contender Usyk. If Joshua vacates to chase that showdown with Tyson Fury, then it would be Usyk vs Joyce for the vacant title.

Joyce, speaking on his own YouTube channel, said: “If I can fight Usyk for the WBO belt, then I can start with that and hopefully aim to unify the titles against either Joshua or Tyson Fury, whoever wins that fight. But I’m sure they’ll probably be tied up for one or two fights anyway, or three fights, so you don’t know what’s gonna happen. But yeah the first belt in my immediate future, it’s Usyk for the WBO.”

Joyce also talked about the challenges that fighting Usyk or Joshua would present.

“The thing is with Usyk, I don’t think he’s got the power to knock me out. So it will just be a boxing match, about skill. With Joshua, he’s very powerful and that’s more likely. But Usyk’s definitely got the better boxing skills and more tricky being a southpaw.” 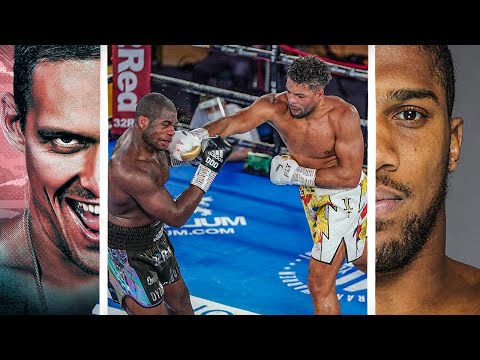 Going into the bout Joyce, had been a surprisingly big underdog at 3/1 with Dubois a general 1/4 favourite. It was especially sweet to win the way he did then after being given so little chance of victory.

“A lot of people won some money on Saturday night so I’m happy for that. It’s quite funny being wrote off like that, it was very satisfying to get the victory.”

The only slight dampener on a famous night for Joyce was the lack of a crowd due to COVID-19 restrictions.

“It’s my best win so far in the professional arena. It’s just a bit of a shame that there wasn’t a crowd as well. That adds that extra element of achievement as well. But I’m sure it was a very viewed fight, I’m sure a load of people watched me win on Saturday night.”