Anthony Joshua vs Kubrat Pulev will be “man versus mama’s boy” according to the Bulgarian’s co-promoter Ivaylo Gotzev.

AJ is finally due to take on the 39-year-old IBF mandatory contender at London’s O2 Arena on Saturday December 12. The fight had originally been scheduled for Tottenham Hotspur Stadium on June 20.

The Pulev camp have constantly criticised Joshua (23-1) for wanting every advantage possible in the fight, and what they believe were delaying tactics with AJ having the bigger fish of a unification match against Tyson Fury in the near future.

Now Gotzev says there is nowhere else to hide and the fight, which he says is soon to be announced, must happen at last.

He told IFL TV: “The very latest is that we have a fight, it’s soon to be announced, we’re looking to target December 12th, looking to come to London, England as originally planned, and we’re very excited to be visiting UK in the month of December. Ready to rumble.

“Basically this is gonna be a battle of a man versus a boy, a mama’s boy in AJ’s case. He’s been crying a lot – he wants to go home, he wants to be in front of his own fans. He wants this, he wants that. We give it all to him, so now take the proper challenge. This fight must happen first. Kubrat’s gonna bring his power, his mental power, his physical abilities, his boxing knowledge. His boxing ring generalship I believe is superior to AJ.”

The Pulev camp has long feared that Joshua and his team would much prefer to sidestep them and go straight to a massive showdown with Fury, something they have fought strongly to head off.

“I do believe that the possibility of a fight between Aj and Tyson Fury is a terrific one – it’s a great fight,” said Gotzev.

“But this is boxing, this is a worldwide sport. There are many heavyweights who fight to get up on a pedestal to become number one, to become mandatory challenger. So those rules need to be respected. So if the two reigning champions now are from the UK, they must take the proper challenge from the number one contenders, and that’s what Kubrat is. He’s earned his position – blood, sweat and tears, in that order. He’s been waiting for three years so give him a shot, let’s get it over with.

“AJ is quite the favourite in the fight, he’s fighting at home, we’ve given him all the conditions they asked for and let’s do the right thing. He faces Kubrat, let’s see what happens then.”

There has been talk of the potential for step-aside money to be paid to Pulev to allow Joshua to move ahead and fight Fury immediately, but Gotzev says it is not something that was ever really a serious conversation.

“There’s been a very lukewarm conversation, not with Eddie (Hearn) but maybe with Bob Arum that passed by the idea,” he said.

“There hasn’t never really been anything serious in that respect, nor were we willing to do any step-aside unless the world’s gonna end and there’s one fight left. Then we’ll understand. But there is time for all these fights to take place.” 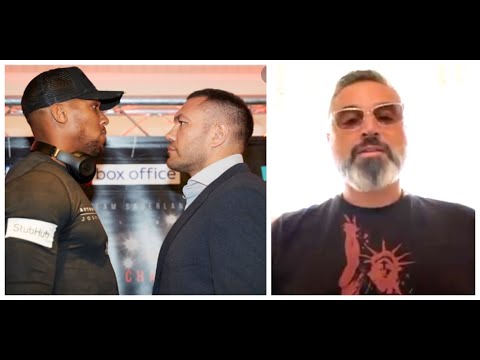 Arum, who also co-promotes Pulev, has been consistent in his belief that Pulev will knock out Joshua when they do meet, and Gotzev says his man is preparing for exactly that eventuality.

He explained: “This is heavyweight boxing and that’s the beauty of it. One punch can change it all and Kubrat’s got the power to do so. We’ve seen what happened to AJ when he got hit. This is heavyweight boxing, the theatre of the unexpected. One punch can end it all. That’s what we are training for and that’s what’s gonna happen on our end. We’re ready.”

Joshua vs Pulev is one of the star attractions on a heavyweight schedule which looks increasingly stacked for the final quarter of 2020. It includes, among others, Fury vs Wilder 3, Dubois vs Joyce, Whyte vs Povetkin 2 and Usyk vs Chisora.