Joe Joyce returns to the ring after an absence of more than one year this Saturday night (July 25) when he meets tough German Michael Wallisch.

Joyce (10-0 with 9 KOs) does not have time on his side as he bids to quickly move up to world-title level at the age of almost 35. And dangling as a tantalising carrot should he come safely through against Wallisch (20-3 with 13 inside distance) is a big domestic dust-up with the highly-touted Daniel Dubois (14-0 with 13 KOs) at London’s O2 Arena on Saturday October 24.

‘The Juggernaut’ – promoted like Dubois by Frank Warren’s Queensberry Promotions – knows anything less than an impressive victory is not an option here as he bids to move on to that exciting all-British scrap later this year.

Here is everything you need to know ahead of Saturday night’s big 10-rounder.

Joe Joyce vs Michael Wallisch will take place on Saturday July 25, 2020 behind closed doors at the BT Sport Studio in Stratford, London. There will be no paying crowd in attendance due to the ongoing COVID-19 pandemic.

TV coverage of the bill is expected to start around 1915 local time (BST) while ring walks for the main event normally take place around 2200 BST but are not officially released and are subject obviously to change.

Joyce vs Wallisch will be televised live on TV by BT Sport 1 HD, and fans can also live stream the bout via their website, app and relevant smart TVs. The BT Sport website has full details of how to subscribe along with details of which platforms fans can use to watch the fights.

The bookmakers clearly believe Wallisch is nothing more than a tune-up fight for Joyce ahead of that Dubois showdown – making him as short as 1/150 in places to win. He’s biggest at 1/50 with Betfair, still no betting proposition. Wallisch meanwhile is a best-priced 34/1 with Betfair but generally anywhere from 11/1 to 18/1 with the majority of layers.

Joyce meanwhile is as short as 1/20 to win inside distance, and 10/1 to need to go to the scorecards to claim the win.

Joyce weighed in at 270lbs (19st 4lbs) – exactly a stone heavier for his last fight, that unanimous decision points victory over American Bryant Jennings at London’s O2 Arena on July 13, 2019.

Wallisch meanwhile tipped the scales at 261lbs (18st 9lbs) – 12lbs heavier than for his last bout, a third-round stoppage by French prospect Tony Yoka in Nantes on September 28, 2019.

Joe Joyce was born in London on September 19, 1985 and is now 34 years old with a perfect professional record of 10-0 – nine of his 10 victories coming inside distance.

‘The Juggernaut’, who stands 6ft 6is tall and has a reach of 80 ins,  had a fine amateur career with the highlight being an Olympic silver medal at super-heavwyeight in Rio in 2016. He lost to another aspiring professional Yoka in the final there. 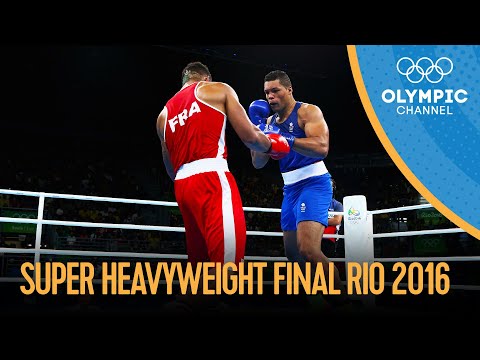 Joyce moved into the paid ranks in October 2017 with a stoppage victory over Ian Lewison at Indigo at the O2 in London. Since then he has improved his record to 10-0 and was only taken the distance in his last fight – that showdown with American Jennings last July.

Michael Wallisch, born in Munich on November 1, 1985, is now 34 years old and comes into this showdown with Joyce with a professional record of 20-3, with 13 of his victories coming inside distance. He stands 6ft 5½ ins tall with a reach of 77 ins.

His professional record has come off the rails a little in recent bouts as he has lost three of his previous four outing since starting off 19-0 in the paid ranks.

Fellow German Christian Hammer (himself a Tyson Fury victim back in 2015) was first to burst the Wallisch bubble with a knockout victory in Hamburg in December 2018.

Since then Wallisch has also been defeated by two up-and-coming heavyweight prospects – Efe Ajagba (13-0) in Las Vegas in April 2019 and then 2016 Olympic super-heavyweight gold medallist Yoka (7-0) in Nantes in September 2019. Ajagba stopped Wallisch inside two rounds while Yoka took a little longer, closing the show in the third.

So while Joyce will be expected to win and win convincingly on Saturday night, this should be a good yardstick for his future prospects.

This is the second Queensberry Promotions card to air on BT Sport as boxing starts to find its way back to some semblance of normality following the height of the COVID-19 pandemic.

As well as the main event between Joyce and Wallisch, the following undercard is planned for Saturday night: