Tyson Fury’s potential megafight with Anthony Joshua could end up being staged in Saudi Arabia according to media speculation, a prospect that leaves Gary Lineker feeling “slightly uncomfortable”.

The Match Of The Day presenter joined Kugan Cassius on IFL TV to talk about the Premier League restart, but also about what would be probably the biggest fight in British boxing history. And with the venue being such a hot topic amongst fight fans, Lineker was inevitably asked for his thoughts.

He said: “Saudi Arabia – I don’t know – I worry about taking sporting events to there, I’m slightly uncomfortable with that in some ways, but you know sport is about also economical importance, especially at the moment. I think it would be a real shame, I think it would be marginally better in terms of viewing than if it was in America only because of the time difference,  not politics obviously aside. They’re three hours ahead so you could actually feature it on a Saturday evening, hopefully before Match Of The Day not during it because we’d lose a bit of audience and also more importantly I wouldn’t be able to watch it which would be awful, and to try not to know the result which would be impossible.

“So I have mixed feelings about where it’s being held. It’s a massive British fight that you would love to see in Britain, course we would. As long as we don’t have to get up at 5 or.6 in the morning to watch it, or trying to hang on all night. Lots of times I get home after Match Of The Day – I usually get home between 3 and 3.30am – we film in Manchester and I live in London so I come back down after the show, and then sometimes when there’s big fights in America it kind of works. But trying to stay awake from 3.30 and the fight doesn’t happen to half past six, and nod off and miss it. So I’m hoping it’ll be about, 9 o clock would be nice, just before us (Match Of The Day) and then people switch over when it’s done.” 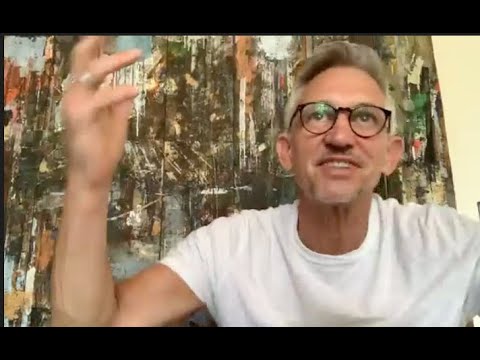 Lineker paid tribute to Fury’s incredible comeback over the past three years, to the extent that he’s changed his mind on who might win the big unification showdown.

“If you’d asked me 18 months I’d have gone strongly with Joshua, now I would actually fancy Tyson Fury to do it if he can stay in the same shape mentally and physically that he is at present,” he said.

Fury’s comeback culminated in that devastating seventh-round TKO of Deontay Wilder to claim the WBC title in Las Vegas in February, a performance that left Lineker purring.

“I thought it was one of the great boxing performances – I’ve never seeen I don’t think someone dominate it right from the very start to its end,” he explained.

“He (Fury) was totally in control, measured, hardly took a blow in the whole fight. Picked him off easily. I thought it was just one of the most polished performances I’ve seen against a dangerous man – he’s not technically the best boxer I’ve ever seen – but you don’t want to get him by him that’s for sure.

“Fury is an unbelievable personality and a character, the way he’s come back from all his troubles and his problems and he’s obviously apart from being massive personality, he’s also one hell of a boxer, technically so good and he’s quick for the size of him – he’s so quick – and evasive, he’s almost as hard to hit as someone like Mayweather.

“Even when you look at the first fight with Wilder (their draw in Los Angeles in December 2018) – when he knocked him down at the end you thought that was it – it kind of encapsulated the last three years in just a few seconds. He suddenly got up and you thought: ‘My God’ and he kind of rallied at the end. It’s one of the great sporting comebacks. I think we’ve seen one or two in recent times – Tiger Woods has done it as well. But this is kind of similar stuff from Tyson Fury.

“Let’s hope we can see some more fights from him – let’s hope he fights Anthony Joshua at some stage, that’s obviously what we all want to see – the kind of dream fight for this country that’s for sure.