Michael Dapaah says Tyson Fury is “like Spiderman” and an incredible role model for the British public.

Dapaah – the British actor, rapper and comedian best known for portraying the fictional rapper Big Shaq – joined IFL TV earlier this week to give his view on a number of topics, and obviously the two British world heavyweight champions Fury and Anthony Joshua were very much at the top of the agenda.

First Dapaah was asked who he favours for the fight that the whole of Britain is desperate to see, and started by explaining: “I know Joshua personally, top guy. Lot of love and respect for him. I haven’t met Tyson properly, met him through video.

Dapaah says Fury – who stands 6ft 9ins tall and weighs around 20 stone – is unbelievably deceptive and said: “Looks are deceiving and you don’t judge a book by its cover. Why I like Tyson Fury, he represents faith because he believed in himself when everyone else counted him out, and I think that’s a big lesson to everybody. 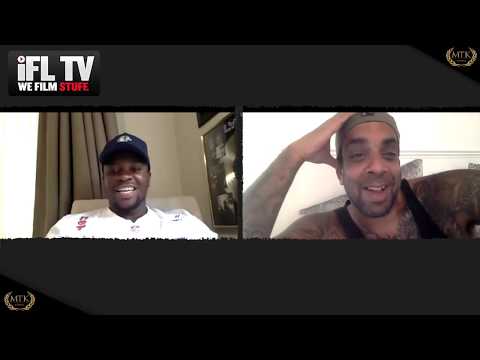 “Because of where he was and how far he kind of went down the other side in terms of where he was overweight and the drugs and whatever that he was on unfortunately during that period.

“He managed to literally 360 turn his life around when everyone was saying: ‘nah, nah nah’. He came back and he’s done what he’s done. Bruv, I think that’s proper inspirational to everybody.

“He represents for me, his transition from being nearly 28 stone to the champion that he is now, is faith. For all your boxing fans that watch this, use Tyson as your motivation and drive and belief that” ‘You know what, if he can turn it around, I can turn it around and be who I want to be’. And that’s why I like him that much.”