Skip to content
Fury vs Joshua News Povetkin vs Whyte 2 tips: Rock on with 4/1 Dillian

Povetkin vs Whyte 2 tips: Rock on with 4/1 Dillian

Alexander Povetkin vs Dillian Whyte 2 is a fascinating rematch between two elite heavyweights – here we preview the big bout in depth and come up with our tips and predictions.

There are few finer sights in sport that two top 10-rated heavyweights going at it and the action should be fast and loose when Dillian Whyte resumes his rivalry with Alexander Povetkin on Saturday, live on Sky Sports Box Office and DAZN.

IT’S FIGHT SEASON ON DAZN: Sign up now to watch Povetkin vs Whyte 2!

Povetkin, on the brink of defeat last August, slammed home an uppercut from hell early in the fifth round of a quite vicious fight to starch Whyte and temporarily change the heavyweight landscape. 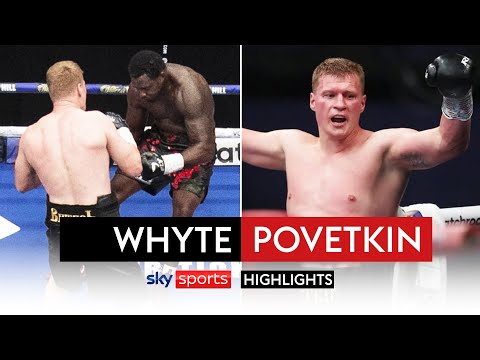 Whyte can reclaim the WBC interim world title if he does the business in Gibraltar at the weekend, but just as importantly a win puts himself right back in the frame for the crack at the winner of Tyson Fury v Anthony Joshua, who are set to meet this summer in an ‘Undisputed’ heavyweight unification fight.

Whyte famously chalked off 1000 days as the WBC’s No 1 challenger without getting to fight for the famous green and gold belt, and his world was then turned upside down last summer as he suffered that shock defeat by Povetkin.

Happily for those involved in the Dillian Whyte business, he gets an immediate shot at revenge. It’s up to ‘The Body Snatcher’ now to prove he can turn the tables against a very dangerous opponent.

An Olympic gold medal winner. 39 pro fights. 36 wins. 25 KOs. Former WBA world champion. Povetkin has done it all during a quite brilliant career and while he’s definitely on the slide he proved the old adage that the last thing great fighters lose is their punch in that first fight in the ‘Brentwood Bubble’.

‘The Rumble on the Rock’ was delayed after Povetkin contracted COVID-19 and the imponderable here is just how much this has taken out of him?

If as planned the rematch was happening three months on from their first fight and Povetkin had not been struck down by the pandemic, I would fancy him to repeat the job here. That punch he landed to close the show against Whyte was no fluke. It had been drilled into him, a shot he had thrown thousands of times during a truly elite amateur and pro career.

The Russian is a more talented, seasoned and technical boxer than Whyte, but there’s so much wear and tear on him. And while his skillset is such that he can’t be ruled out, at 41 and after his recent health issues you would have to agree with the bookies that Whyte is a deserving favourite, though it’s hard to logically explain why the odds are not much closer.

In truth it’s tough to predict with any degree of certainty what will happen. During their first fight Whyte was in the driving seat, had Povetkin down twice and looked well on his way to getting him out of there before getting slept by a quite audacious uppercut.

In truth the odds here (Whyte is a 2/7 favourite)  don’t reflect the fact that Povetkin won by KO first time around. For instance when Anthony Joshua lost to Andy Ruiz Jr in June 2019 he was a pretty much an unbackable favourite going in. By the time of their rematch in December following his TKO defeat in New York, you could get AJ at around the 2/5 mark.

Whyte’s price however has barely shifted from that first fight and that seems strange given how it ended for him.

He is obviously the less shopworn fighter and he proved in the first fight he can hurt the Russian, but that one perfectly executed punch has probably created so many questions in his head and had him doubting himself in those private moments of solitude during camp.

Publicly he is saying all the right things however, commenting this week “I was a fighter a long time before I was a boxer. I’ve been knocking people out for a long time. I carry a lot of power in both hands. Povetkin is a very cagey guy and an experienced guy, a very patient guy. He’s a tough guy as well. Last time I didn’t land properly and he went down, but he showed resilience by getting up and then he stopped me. This time when I hit him he’ll stay down.”

The 27-2 (18) Brixton man will probably be a bit more cautious early on and needs to be against a champion who has only ever lost to Joshua and Wladimir Klitschko as a pro.

However given their respective styles I see this turning into a shootout once again and fancy Dillian inside 6. Whyte will be on it and who knows just how much Povetkin has left in the tank following that COVID battle.