Prince Naseem Hamed believes Tyson Fury is in for an easy night if and when he finally locks horns with Anthony Joshua in a world heavyweight title unification match.

WBC and Ring magazine king Fury is expected to meet Joshua if he overcomes American Deontay Wilder in their third fight and AJ overcomes Bulgarian Kubrat Pulev in a mandatory defence of his IBF, WBA and WBO belts.

The fight is expected to happen at some stage in 2021, and former world featherweight king Hamed told Frank Warren’s Heavyweight Podcast he has no doubt about the result.

“He’s (Fury) just been phenomenal, his whole comeback – Frank seems to pick them, pick the characters, probably the best fighters of our generation

“I am looking forward to seeing Tyson vs Joshua. And I do believe Tyson is just too fast and too slick to get caught up with anything with Joshua. Possibly it may be an easier fight than the Wilder one and Wilder was very easy (the rematch in Las Vegas in February, where Fury won via seventh-round TKO.”

Hamed though thinks Warren has another heavyweight in his stable who could be even better than both Fury and Joshua in the coming years. 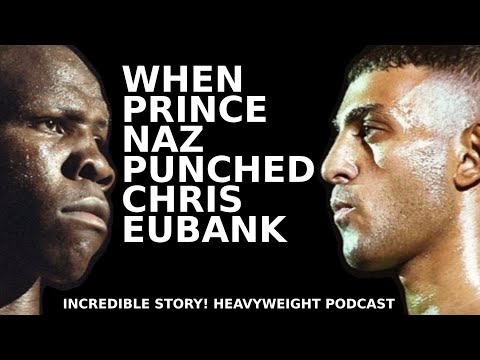 Londoner Dubois – aged just 22 – has a perfect professional record of 14-0 so far with 13 of those victories coming inside the distance.

Hamed meanwhile is now aged 46 and enjoying retirement after a Hall of Fame career which saw him dazzle fight fans around the world with a 36-1 pro record. That only defeat came against fellow Hall of Famer Marco Antonio Barrera in Las Vegas in April 2001.

But there is one marquee fight that the Prince did desperately want, that never actually happened. Speaking to Warren, he said: “Frank, why did you not get me Erik Morales? Erik Morales was made for my style, and Erik Morales was another guy that was an unbelievable world champion, but he would never fight me. I remember we offered Erik Morales and we also offered Johnny Tapia. We offered these guys more than quadruple amount of what they normally get. These fighters would not fight.”