An impatient Gotzev is currently waiting for a new date and venue after the original June 20 date booked for Tottenham Hotspur Stadium was scuppered by the global COVID-19 pandemic.

Gotzev says IBF mandatory contender Pulev (28-1) and his team never really considered the potential to step aside for money to allow Joshua (23-1) to go ahead and fight Tyson Fury (30-0-1) for the undisputed championship, and is itching for the rescheduled details to be finalised.

Hearn said last week he believes the bout will go ahead at London’s O2 Arena in November or early December, but Gotzev is still waiting and waiting.

He stoked the fires ahead of the fight by questioning Joshua’s heart and credentials as a world heavyweight champion following those two bouts with Andy Ruiz Jr. Joshua lost his titles to the Mexican-American via a shock seventh-round TKO at Madison Square Garden in June 2019, before regaining them via a unanimous decision in Saudi Arabia in December.

“Let’s see the size of his heart. That’s what we want to find out if he’s still got, because in the last two fights he failed to deliver, he failed to represent the heavyweight championship of the world properly,” Gotzev told Pro Boxing Fans.

“So now we’re looking for excuses, we’re talking about how big and strong he is, prove it, prove it. He’s young, he’s strong, he’s ready, so let’s do that. And let’s prove the fans who’s right and who’s wrong. Let’s show them what they’re waiting for.

“He (Joshua) didn’t take any chances, didn’t display a fighter’s heart, he boxed clever, very boring, he ran away from a man who wasn’t in proper shape. He basically fought a very grotesquely overweight man who wasn’t in shape to fight him, to go 12 rounds. 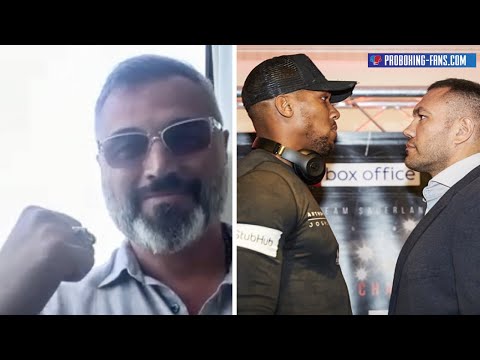 “He could have taken a little bit of a risk, maybe not a big one because I understand how important it was for him to gain his titles back, important for him and Eddie to get back in business. But, in boxing you know you’ve got to provide the fans with a bit of drama, which is taking a challenge, taking a risk and there is a risk vs reward.

“I guess he bet really on the reward, he didn’t want to risk anything, the reward was everything that mattered. There was no risk taken whatsoever. I’ve said it before, I’ll say it again – in the first fight with Ruiz he looked like a deer in the headlights, in the second fight he ran like a deer. That sums it up, that’s my feeling, that’s how I saw the fight.”

Gotzev is tired of what he believes are excuses from Matchroom and Joshua, and says the 39-year-old Pulev just wants the fight to be on, regardless of where it happens. And he had a very simple and direct message for the reigning IBF, WBA and WBO heavyweight champion.

“If AJ has any plans to back out so he doesn’t get knocked out, doesn’t get beat, get embarrassed, in London – let him do it now. We can’t take no more excuses AJ, enough is enough son, we gotta go to work now,” he said.