Skip to content
Fury vs Joshua News Ruiz vs Arreola tips: 7/4 Andy to come on strong

Ruiz vs Arreola tips: 7/4 Andy to come on strong

On Saturday night Andy Ruiz Jr vs Chris Arreola provides another heavyweight PPV attraction and our betting expert is here to give you his expert preview, prediction and tips.

The Andy Ruiz Jr story is a cautionary ‘rags to riches’ to ignominy tale. However, the Mexican-American now has his sights set on redemption and Arreola is his first step along that road.

‘The Destroyer’ found fame when he stopped Anthony Joshua on an unforgettable night in New York City in June 2019 to become WBA, IBF and WBO heavyweight champion of the world.

He had only been given the AJ gig on late notice after a drugs suspension for Joshua’s previous opponent Jarrell ‘Big Baby’ Miller. Yet Ruiz Jr produced a seismic upset for the ages as he climbed off the floor in round three and then put Joshua down a total of four times himself before the fight was waved off in round seven.

With fame though came temptation. The brighter the lights, the darker the shadows. 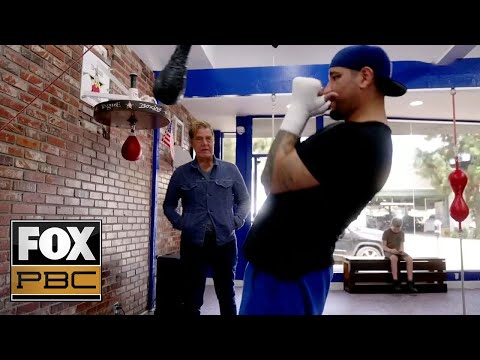 Team Joshua was canny enough to insist on an immediate rematch. While Ruiz Jr was out partying and enjoying the trappings of fame and celebrity, Joshua was plotting revenge and Andy’s fleshy appearance at the weigh-in for their Saudi Arabia rematch told its own story. Mexico’s first world heavyweight champion was embarrassingly slow and ponderous as Joshua outboxed him over 12 largely forgettable rounds to grab the belts back.

Even before the bruises on his puffy cheeks had fully developed and the perspiration had ceased trickling down his cheeks in Saudi, Ruiz Jr was talking of fighting again. It was the understandable reaction of a man who knew that he had failed to do himself justice on the biggest night of his life.

Injured pride is a bad and dangerous motivation. But it can also light a fire under an athlete and drive them back to the top.

Enter Eddie Reynoso. Reynoso, the renowned trainer of the sport’s current pound-for-pound king Saul ‘Canelo’ Alvarez and the man who also guides the brilliant lightweight sensation Ryan Garcia. It’s a thriving gym which is also the home of hyped Cuban heavyweight Frank Sanchez, so Ruiz Jr will have been spoilt for choice when it comes to quality sparring in recent months. And if his social media updates are anything to go by, Andy is a fighter transformed.

Speaking recently, he said: “The main thing I have learned here is discipline. Everyone here is dedicated and disciplined. I feel like I needed to make this change and it’s really something that I should have done a long time ago.”

The fighters have some history, with Ruiz Jr sparring the more experienced Arreola when he was a raw 16-year-old. Latino pride and bragging rights will be on the line at the Dignity Health Sports Park in California. Neither fighter has boxed since the latter half of 2019 so nobody knows quite what to expect.

Mexican warrior Arreola has a fan-friendly style but his best years are surely behind him. The 38-6-1 ‘Nightmare’ has been punching for pay since way back in 2003. His first defeat was by Vitali Klitschko for the WBC world heavyweight title in 2009. His third world-title challenge came in 2016, when he fought for that belt again against Deontay Wilder.

An injured Wilder knocked Arreola down in the fourth and peppered him with left jabs and hooks before Arreola’s corner pulled their man out after the eighth round. He won two-low level fights after that before losing a decision in a very lively fight against Adam Kownacki in August 2019.

What does Arreola have left?

Ruiz Jr has really fast hands and a unique fighting style for a heavyweight. While most big men look to maintain their distance and land bombs from the outside, the Mex-American likes to close the distance and throw sharp shots while in the pocket. His ‘shell’ defence is pretty decent, as shown in that Joshua rematch.

For while Ruiz Jr was hopelessly out of shape he was rarely rocked by AJ, who is one of the most destructive punchers in the sport. He also has in his possession one of the best chins in boxing too. While anything can happen in heavyweight boxing in the blink of an eye, the feeling is that Arreola does not have the power to hurt Ruiz Jr and is not quick enough or young enough to outwork him.

We know Ruiz Jr is in shape. We don’t know just what Arreola has left. Arreola has always been durable but there is a strong possibility that ‘The Destroyer’ puts him away inside the distance, possibly in the second half of the fight and possibly via merciful corner retirement with a 40-year-old Arreola unable to repel the impetuosity of relative youth.