Fury vs Joshua not the biggest fight – Stephen A Smith

Tyson Fury vs Anthony Joshua has everybody frothing at the mouth right now – even massive U.S. TV star Stephen A Smith.

The ESPN analyst and host of ‘First Take’ is very seldom quiet about anything, and the planned unification fight between two British world champions is no different.

Smith though does not buy into the theory that it is the biggest match which could be made in combat sports right now. That accolade, he says, would go to a meeting of the two unbeaten welterweight champions Errol Spence and Terence Crawford.

Speaking with Max Kellerman on ‘First Take’, he said: “I like the fight (Fury vs Joshua), it’s a big fight. I appreciate it because we know Joshua can box and punch, and we all know Fury is the best boxer in the heavyweight division – I don’t think there’s any debating that.

“But I question his punching power. Yeah you can beat up people when you’re 40lbs heavier than them. That wouldn’t be the case with Anthony Joshua, though I question his chin but we shall see.

“The fight everybody should want is Terence Crawford vs Errol Spence. Period. That is the number one most desirable fight in combat sports. There is no other fight that anyone should want more.

“The only reason the momentum for that has died down is Errol Spence got in that nasty car crash.” 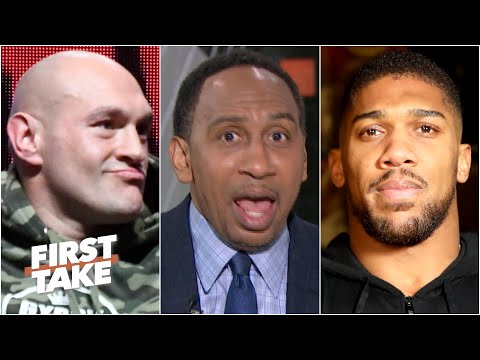 Smith also has one other major problem with the Fury vs Joshua match-up – namely the fact it is a two-fight deal. He believes former heavyweight king Deontay Wilder should get to fight the winner – instead of waiting until they have rematched.

He said: “I don’t like the fact that this is a two-fight deal. If Tyson Fury were to lose to Anthony Joshua I have no problem with the mandatory rematch.

“But if Anthony Joshua were to lose, I believe that Deontay Wilder deserves the winner. I have no problem with Tyson Fury saying ‘I’m gonna fight Joshua because it’s a big fight’.

“But I will say this on behalf of Deontay Wilder. When Tyson Fury was down and in the dumps, and nothing was going on in his life, Deontay Wilder gave him that shot, and it came to a draw.

“In the second fight he beat him up pretty bad, he was 40lbs heavier and all of this other stuff. I think Deontay Wilder deserves the trilogy.”