How Manny Steward predicted the rise of Fury

The great Emanuel Steward passed away back on October 25, 2012 at the age of 68 – but not before he’d predicted that Tyson Fury would be the future of a ‘new heavyweight division’.

Fury spent time in Steward’s legendary Kronk Gym in Detroit around a decade ago, and Steward – one of boxing’s greatest trainers ever – saw even then the special traits which would later make him the lineal champion of the world.

Javan ‘SugarHill’ Steward – Manny’s nephew, another Kronk disciple and now Fury’s trainer – told the Black Eye Barber Shop Show podcast what he remembered of Fury walking into the Kronk for the first time back in 2010, and the impression he made on his revered uncle.

“(Fury was) One of the biggest white guys I’ve seen in boxing, walking through the door, and talking about how he’s gonna be the next heavyweight champion of the world. And then watching him move around, the way he was moving, I was like ‘Oh’.

“But I was like ‘well that’s fine but can he do it when he in the ring boxing?’ Hitting the bag and stuff everything was great. Then in the ring it was the same thing. So that’s what I remember from him right away.  And all that charisma and charm. It was all the same thing then.” 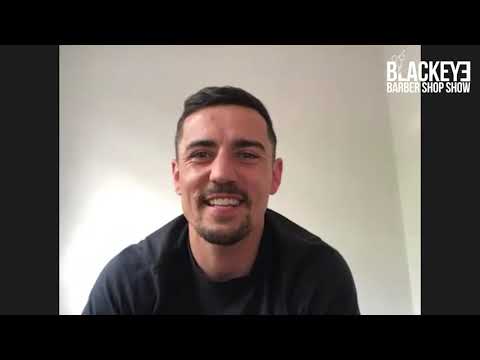 Manny, who had earlier steered another Briton Lennox Lewis to the undisputed heavyweight champion of the world, believed it was the way the division was evolving – with ever bigger fighters – which would see Fury’s skills catapult him to the very top of the tree.

“He said he was gonna be the next heavyweight champion of the world – a dominant heavyweight – this is the new heavyweight division here,” explained ‘SugarHill’.

Now ‘SugarHill’ is doing what his uncle used to do, passing on that Kronk mentality to Fury and others. His first fight working with ‘The Gypsy King’ resulted in an incredible change in strategy to destroy the hitherto unbeaten Deontay Wilder inside seven rounds in Las Vegas in February.