Bob Arum has likened Tyson Fury to the legendary Michael Jordan as ‘The Gypsy King’ continues to take over boxing’s rejuvenated heavyweight division.

With stars like Fury, fellow Brit Anthony Joshua and American Deontay Wilder to name but three, the fight game’s marquee weight class now appears to be in rude health. And after that astonishing destruction of Wilder in Las Vegas in February, Fury appears to sit alone for now at the very top.

Arum, whose Top Rank promotes Fury along with Frank Warren, went even further and likened the Briton to a true sporting legend – basketball great Michael Jordan. Jordan has just taken Netflix by storm with the incredible documentary series ‘The Last Dance’, depicting his sixth and last NBA title with the Chicago Bulls. And Arum believes his man has similar pulling power.

“Fury is Fury – probably the most exciting personality in boxing today. A guy whose entertainment value – forget about his fighting ability – he’s a must-see athlete. Like in other sports a Michael Jordan in basketball before. Like a Foreman, like a Mike Tyson like a Ali. He’s must-see.

“You have to see him because you want to follow what he’s saying, and you want to see how he attacks his opponent in the ring. So he is a tremendous tremendous draw card in boxing. He at this point is becoming – if he not already is – the king of the sport.” 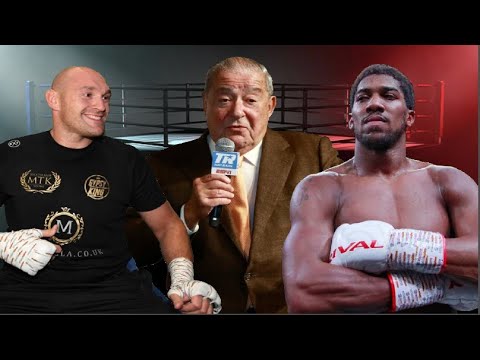 WBC and Ring magazine king Fury’s next assignment is a third fight against Wilder later this year, while IBF, WBA and WBO champion Joshua has a mandatory defence lined up against Bulgarian Kubrat Pulev. If both men are successful, Arum believes boxing’s sanctioning bodies should allow the two Britons to meet in a blockbusting unification match – not force them to take on more mandatory challengers.

“After Fury fights Wilder and Joshua fights Pulev – and if Joshua wins that fight – then all the organisations would do well to allow Fury and Joshua to fight each other, because that’s the fight that everybody wants to see. That’s what these organisations should now be doing, and put these mandatories on the back burner.

“If Fury or Joshua fight one or two times next year, and there will be a unified champion, and Dillian Whyte says ‘I’m number 1 in the WBC, I’ve been waiting so long, I should get the crack’, okay – there’s not much difference between a Dillian Whyte and Usyk and other fighters like that. They are on a different plain.  If fighters should fight mandatories after the big fights, then a fight between Fury and Whyte – if Fury gets by Joshua – would be okay. Everybody would applaud that.

“We’ve preached to the organisations, sanctioning bodies, that this is not an ordinary time. Let’s do the best fights it is possible to do, the biggest fights. Then we’ll get back to this business of mandatories.”