Skip to content
Fury vs Joshua News Fury: Why I turned down Hearn and Golden Boy

Fury: Why I turned down Hearn and Golden Boy

Tyson Fury’s growing greatness isn’t just defined by his prowess inside the ring – ‘The Gypsy King’ also has a promotional “dream team” masterminding his career from the sidelines.

Fury is co-promoted by Frank Warren (Queensberry Promotions) and Bob Arum (Top Rank) – two of the most famous deal makers in the history of boxing and both Hall of Famers. They have both played huge parts in bringing Fury from the brink of boxing oblivion after he had considered suicide and ballooned to 28 stone during a three-year period out of boxing.

And in a video interview with WBC President Mauricio Sulaiman, Fury explained what it’s like to work with them – and why he snubbed offers from the likes of Oscar De La Hoya’s Golden Boy Promotions and Eddie Hearn’s Matchroom when he decided on that ring comeback in 2018.

“But Frank has always delivered for me – he delivered me the Klitschko fight (Fury’s first world title in 2015), he made me mandatory for that fight when I boxed Dereck Chisora for the mandatory position. And he got me a couple more fights so I always thought I’m better with Frank Warren – who I’ve dealt with and worked with in the past. So we had a good relationship and Frank’s delivered time and time again.

“And this time on the comeback, he brought a new player to boxing – and especially to British boxing – and the name is BT Sport. BT had all the telephone lines and internet lines, everything in the UK for like 50 years, 60 years. They are very big players and they thought they would bring out a new sports channel called BT Sport.

“Frank Warren introduced me to the head guy at BT Sport and we sat down and I told him what I was going to to do. And Frank and BT Sport backed me, they made it possible right until the first Wilder fight – that was made possible by BT and Frank.

“Then I was at home minding me own business and I gets a call from Top Rank and ESPN. We spoke to Frank and we all agreed it would be a good move for me to move my fight base to America and be exclusive to fighting in America.

“I had my first fight in Las Vegas against Tom Schwarz in June 2019 and I brought an entertainment factor as well as action to Las Vegas for the first time in a long time from the heavyweight division, and it created quite a buzz, and I think ESPN were really happy so they got me a few fights.” 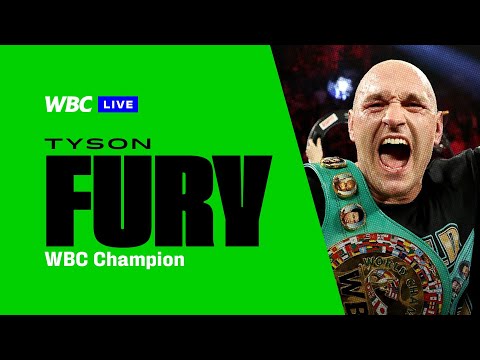 “Working with Bob Arum has been an absolute dream. Everything he’s ever said, he’s delivered. Top Rank and Bob – they’ve been absolute exceptional. And all the guys at ESPN as well. Everything that we said and talked about, these guys delivered, so I’m very very happy.  And from my behalf, everything that I said, I’ve delivered as well.

“We work as a great team, all the guys and everyone in the office – everyone does a fantastic job. And between us all – between Frank Warren, between Top Rank, ESPN, MTK Global, we all have a little input in what’s going on and where everything is going. It’s absolutely a fantastic dream team.

“He’s (Arum) got so much energy you know, I’ve never ever seen a work ethic like Bob Arum, absolutely fantastic person to be around, so positive. And we went for a meal in London when he came over to see me for the first time. I asked him, I said: ‘Bob, what’s the motivation? Bob, at nearly 90 years old, what makes you want to be a promoter?’