Mike Tyson vs Evander Holyfield 3 can draw even bigger PPV numbers than the eye-popping figures for the recent exhibition bout between ‘Iron Mike’ and Roy Jones Jr.

Rights holder Triller claims the final figure for Tyson vs Jones Jr buys could reach 1.6million in the United States. To give context, that is almost double the 850,000 achieved when Tyson Fury rematched Deontay Wilder in Las Vegas in February. 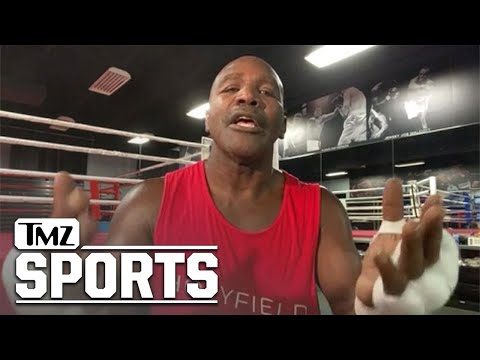 It appears this wasn’t a one-off comeback for the now 54-year-old Tyson, and a trilogy bout with Evander Holyfield could be next. This, some 23 years after their 1997 rematch ended in massive controversy when Tyson was disqualified for biting a piece of Holyfield’s ear off.

Some experts may believe that the interest in Tyson coming back will never be greater than it was for the Jones bout. But Mark Taffet, the former supremo of HBO’s all-conquering PPV machine, begs to differ.

Taffet on Tyson vs Holyfield 3

He told furyjoshua.com: “I always believe that the right matchups will always be big hits on PPV….that is what the medium was built for.  Tyson vs Holyfield would do even more business than Tyson vs Jones, as there is a very natural rivalry and a history of histrionics which would drive PPV viewers to their viewing screens.”

Many reasons have been floated for the success of the Tyson vs Jones Jr show, including the fact they had a popular YouTuber (Jake Paul) on the undercard, as well as the competitive pricing ($49.99) and the fact it took place on Thanksgiving weekend. Taffet though, who worked with Tyson on some of the biggest heavyweight fights ever, believes it was all abut Mike.

“Mike is one of the most engaging athletes of all-time. There has been a fascination with his every move in and out of the ring since the 1980’s.

“He also used social media the past few months to convey to the public the great shape he was in and the power he was displaying even at 50+ years of age, further reiterating his larger-than-life persona. That unique “it” factor clearly drove the PPV interest.”

Next up in the novelty stakes it appears is an exhibition between Floyd Mayweather Jr and YouTuber Logan Paul (brother of Jake) in February. Taffet, now a successful manager of the likes of P4P #1 Claressa Shields, outline what he believes this trend means for boxing, and entertainment in general.

“From a business standpoint, it points out that the entertainment quotient of PPV is becoming more and more important in PPV, which I must admit disappoints me somewhat as a longtime boxing fan and practitioner in the sport.

“Hopefully the promoters and networks in the sport take it as a wake-up call to provide the fights the fans want or fall a few notches on the totem pole.”

Not only was Evander Holyfield a huge betting underdog for his first fight with Mike Tyson in November 1996, many experts feared for his safety and even his life. This fight had been six years in the making, but now many feared it had come at the wrong time for Evander.

The bout took place at the MGM Grand Garden Arena in Las Vegas, Nevada on November 8, 1996. The pay-per-view turnout was massive, with an enormous audience looking on around the United States and further afield.

Holyfield had even retired for a spell after it was discovered he had a heart condition, while Tyson had retained his menacing aura of invincibility despite that hiatus spent serving jail time for a rape conviction.. He had returned to the ring in 1995 and regained the world heavyweight title with a crushing defeat of Britain’s Frank Bruno in March 1996.

Holyfield though appeared anything but fearful of Tyson – even singing during his ring walk as he prepared for the biggest night of his career to date. Evander defended superbly against Tyson’s frenzied assaults, and used his amazing strength to bully ‘Iron Mike’ and keep him on the back foot.

By the midway point of the bout it was clear the way this was headed and Tyson suffered a knockdown in the sixth. From there on in it was one-way traffic and Mike was out on his feet after a disastrous 10th.

Tyson came out for the 11th but the end was night and Mitch Halpern soon stepped in to halt proceedings as Holyfield piled on the pressure with another sustained assault.

It was an incredible performance from Holyfield – one which truly stunned the world of boxing. He arguably surpassed the levels reached in his epic showdowns with Riddick Bowe early in the 1990s. It stripped Tyson for ever of that aura of invincibility. He would never be quite the same again.

Holyfield vs Tyson 2 was one of the most shocking nights in boxing history – the infamous ‘bite fight’ – for an event which had been one of the sport’s most eagerly-awaited. It lived up to the hype, for all the wrong reasons.

Some seven months after their first meeting, Tyson and Holyfield locked horns again inside the MGM Grand Garden Arena in Las Vegas, Nevada. A huge live gate was on hand, while millions watched at home on pay-per-view. At stake was the WBA world heavyweight title that Holyfield had taken from Tyson in their first meeting. 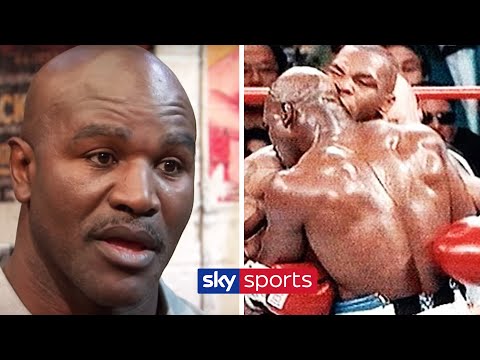 Again ‘The Real Deal’ weathered the early Tyson storm and was clearly starting to get on top when a frustrated Tyson bit Holyfield’s ear – not once, but twice – during round three.

The first time it happened, referee Mills Lane halted proceedings and said he would deduct points from ‘Iron Mike’. The second time he disqualified him. Pandemonium ensued both in the Grand Garden Arena and in the wider building. The scenes – and the storyline – were unprecedented.

Holyfield went on to reign as heavyweight champion up to his defeat by Lennox Lewis in a unification rematch in November 1999. Tyson meanwhile had his licence revoked and was handed a $3million fine. He would later return to the ring in early 1999.