Daniel Dubois is just 10 days away from the biggest test of his professional career so far against Joe Joyce, and he appears to be ready for his coming-out party.

The 23-year-old Dubois is seen by many as the future of the heavyweight division after building a 15-0 record (14 wins inside distance) in awesome fashion.

Now comes the eagerly-awaited showdown with Joyce (11-0) who is also unbeaten. But ‘Dynamite’ goes in as a 1/4 favourite for the big scrap on BT Sport on November 28.

Dubois has made a habit of destroying opponents in double-quick time. And the prevailing pre-fight opinion is that he’ll either win early, or Joyce’s chances will increase the longer it goes. 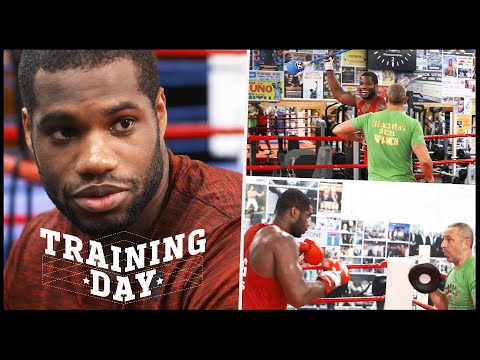 “I’m going to bring everything I’ve got in me and put it on him. Let’s see if he can handle it.

“I’m sure a lot of people all over the world will be watching, especially with it being free to watch I think a lot of people will be tuning in. Because of the situation around the world, with people at home and stuff, this is the thing to watch.”

“I’m going to be unstoppable. I’m just rising up and up. This is the next step for me and I just know what I can do.”

The 35-year-old Joyce presents a real test for Dubois. He was a top amateur, claiming super-heavyweight silver at the 2016 Rio Olympics. He has a wealth of experience as well as a fantastic chin. The Londoner also never steps coming forward, and has the credentials to give Dubois all he can handle.

Will Dubois’ power be enough to end this early? Or will Joyce grind the young gun down to cause a major upset? We will find out in 10 short days.