The pair will face off in the grounds of Matchroom’s Brentwood, Essex HQ for the WBC interim world heavyweight title as ‘The Body Snatcher’ (27-1) looks to cement his status as mandatory contender for Tyson Fury’s hallowed green belt. The fight will be aired live by Sky Sports Box Office in the UK and on streaming service DAZN around the world – including in the United States.

Whyte is slated to finally get his title shot by the end of February 2021, but must first safely negotiate a meeting with former world heavyweight champion Povetkin (35-2-1). 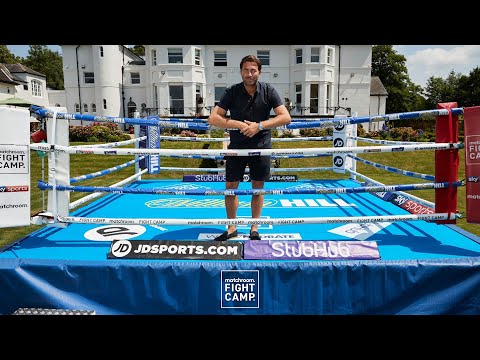 Hearn said: “They told me you can’t do a big fight behind closed doors. Really? Well how about Dillian Whyte against Alexander Povetkin for the WBC interim world heavyweight championship. Two of the best heavyweights in the world do battle right here at the Matchroom HQ at Fight Camp.

“Two of the best left hookers in the sport. For Dillian Whyte – everybody’s talking about him, when’s he gonna get his shot at the WBC world heavyweight title? Forget that, if he switches off against Alexander Povetkin, you go to sleep. This is an absolute war, they’re steaming in from Russia for this fight, they fancy this big-time.

“Dillian Whyte must win this fight to keep his WBC dream alive – this is a brilliant brilliant heavyweight fight. Live on Sky Sports Box Office and across DAZN, across the world. Monstrous fight.”

Povetkin’s last outing was a draw against Michael Hunter in Saudi Arabia in December 2019, and before that he’d been stopped by Anthony Joshua when challenging for AJ’s world titles at Wembley in September 2018.

The 40-year-old Russian became WBA heavyweight champion via an undisputed decision over Ruslan Chagaev in 2011, and held the belt for two years before losing a unification match against Wladimir Klitschko on points in Moscow in 2013.

Irish superstar Katie Taylor will also appear on the August 22 Fight Camp bill, with her opponent yet to be named.