Wilder should step aside for Fury/AJ – Alex Arthur

Deontay Wilder should step aside to make way for a blockbusting all-British world heavyweight title unification fight between Tyson Fury and Anthony Joshua, according to former Scottish star Alex Arthur.

Arthur, who held the WBO and WBO interim super-featherweight titles during his ring career, believes Wilder’s crushing defeat by Fury in Las Vegas in February not only took away his unbeaten professional record – it may also have taken away his cloak of invincibility. The pair are now due to fight for a third time after the American – to the surprise of many – immediately exercised his contractual right to a further rematch.

But Arthur told IFL TV: “I think Wilder should take step-aside money. If I was Wilder’s manager, I would certainly advise him to take step-aside money. A couple of reasons for that. One being I think that the likeliness of him possibly being on the slide is quite high. That might sound a bit unfair but it’s my personal opinion. That fight (the rematch defeat against Fury) might have took something out of him that I’m not too sure he can get back again.

“His devastating power, the terrifying aura that he carries with him in almost every fight, has kinda gone now. When that goes, sometimes others find a new level of confidence – ‘I can beat this guy as well’. For me I think that Wilder would be really wise to take a couple of million quid to step aside to let Fury and Joshua go to war.”

If and when the all-British showdown happens then Arthur – who remains a keen student of the game – believes ‘The Gypsy King’ will go into the fight holding all the aces.

“Right now I’ve gotta go with Tyson – I just think his overall level of confidence right now will be through the roof – much more so than Joshua’s I think,” he said.

“Based on his last performance, you’ve got to give him the edge there as well, totally dominated the most fearsome heavyweight, possibly since Mike Tyson, there’s an argument for it. Totally dominated him, bullied him, outboxed him, outfought him, outstamina him if you wanna call it that. He did that as well. You really do have to think that if you break down all the areas, I would think that in every single area Tyson comes out on top right now.” 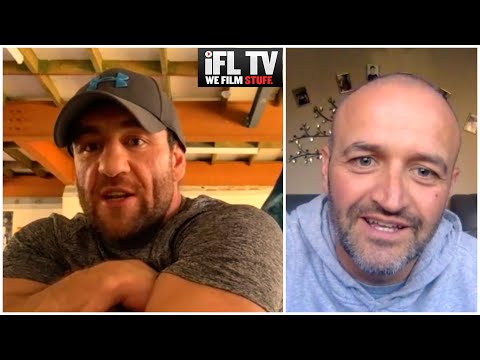 Looking at the fight from Joshua’s perspective, Arthur believes there is only one way AJ can prevail – early…

“So for Joshua, there’s a Mike Tyson approach to that – go out all guns blazing, give it everything for six rounds. Really train that way and prepare that way. Because for me, he cannot beat Tyson Fury down the stretch, there’s just no way.”