“He’ll run away”: Chisora puts “fear of God” in Parker

Dereck Chisora says he puts “the fear of God” in Joseph Parker and expects the New Zealander to “run away” when they finally meet in Manchester on Saturday night.

‘Del Boy’ has described that as “a shambles of an excuse” and believes that Parker is genuinely scared of him ahead of their PPV showdown on Sky Sports Box Office (£19.95). The bout will be screened in 200 countries – including the United States – by DAZN.

Chisora claimed: “I think he pulled out because he had problems for himself in America, and in New Zealand and Australia, so that’s why he pulled out.

“I don’t blame him. Things happen, people pull out of fights. But you have to have a good excuse. Him saying he had a spider bite was shambles of an excuse to be honest with you. But it happens, what can I say? I’m going to punch him up. I’m expecting Joseph to run away. That is 100%. I know for a fact he’s going to run away.

Parker is currently ranked #3 by the WBO and hoping to get back into the reckoning for a title he held between 2016 and 2018 before suffering his first pro defeat at the hands of Anthony Joshua. Chisora though has no great respect for reputations.

“Great for him he’s looking to become a World Champion, but it doesn’t mean nothing to me,” he said. 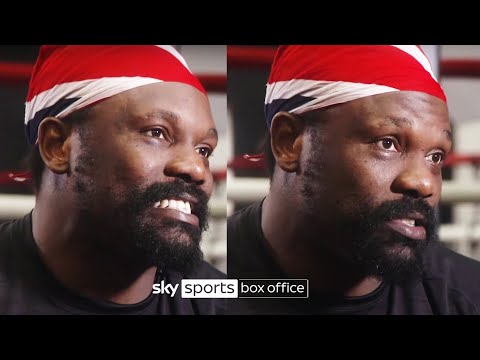 “I’m just going to pound on him when I see him. What can I do better than Joseph Parker? That’s a good question. Everything. The fight is going to be a great fight, we’re going to push on it, train hard and go crazy about it.

“You know the routine man – WAR. Expect what I always deliver. Beat the guy and pound on the guy. Destroy that guy. Confidence. I put the fear of God in him. I am bringing pain and war.

“Time is the most important thing, you know, and I don’t have much time in boxing, so anytime I go I’ll just take any fights I want to have because time is running out. Most people don’t want to fight me because I’m a headache. I bring it. I love fighting. I want the people at home to pay their money to watch me do what I need to do. I’m taking this fight because I want to win it.”

Now aged 37, Chisora’s first thought when he gets in the ring is not about belts and baubles, it is to entertain and excite the paying public.

“The way I look at it in boxing is, if you can bring numbers to the gate, bums on seats, you’re in a great position. If you don’t, you’re not.

“So when people say you’re in great position for fighting for Titles and stuff like that, I don’t believe so. I just look at it like, I’ve got a fight here and this is how many people are going to be watching my fight and I’m excited about that.

“You know, being mandatory and in eliminators, it’s a headache bro. I’m happy, I’m happy to fight. I’m happy to bring entertainment to people’s houses through television and stuff like that so I’m just excited and ready to go.”