Skip to content
Fury vs Joshua News Conor Benn: Fury vs AJ in UK would be ‘right thing’

Conor Benn: Fury vs AJ in UK would be ‘right thing’

Conor Benn believes Tyson Fury and Anthony Johsua having their blockbusting world heavyweight title unification fight in the UK would be “the right thing”.

With speculation growing that the pair will meet in a double-header in 2021, there has been talk of enormous offers from territories outside the UK to stage the bout – notably Saudi Arabia. That was the venue when Joshua regained his titles by outpointing Andy Ruiz Jr last December.

But unbeaten welterweight Benn (16-0) says their first meeting needs to happen on home soil, and after that a rematch away from these shores would be more acceptable.

“Maybe a second fight in the Middle East – it’s one of the biggest heavyweight fights in British history, you telling me it ain’t gonna be on British soil? It’s not like AJ and Fury don’t have enough money, I think it would be doing the British public the right thing to do to have that fight on British soil, don’t you reckon? They’ve both got to agree, that’s the thing.

It’s highly unlikely that Fury vs Joshua or any other top-level fights will happen until crowds are allowed back into arenas, and Benn can’t wait for nights like that to return again.

“It will be quality, especially when the crowds start coming back and you can have big events, there will be some atmosphere in there.” 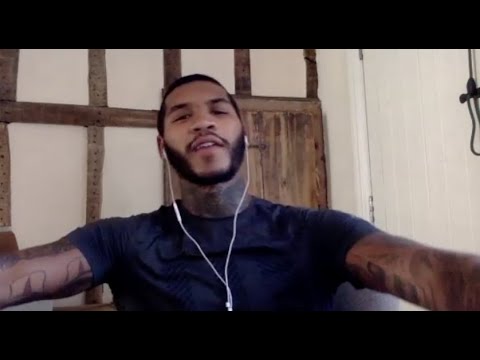 Before Fury can meet Joshua he has a contractual obligation to meet Deontay Wilder for a third time later this year, but Benn believes if the American’s reported demand for $10m to step aside materialises, he should take it.

“I think he should, if he gets a shot at the winner. It just makes more sense in my opinion – because he’ll get beat again,” he said.

“There are so many things he needs to work on and the fight with Fury showed that. I think step aside, you two fight and put mileage on your clock and I’ll have the winner. That’s what I’d do if I was him anyway, 10 mill, tasty.”

Benn had to think long and hard when asked to say who he favours in the big all-British showdown right now, before going with what appears to be the majority.

“I think Fury based on last performances, I think Fury’s just so awkward and if he can handle someone who’s as wild as Wilder and take his power, I think I’m edging towards Fury.”