Bob Arum believes streaming platform DAZN made “a fundamental error” by trying to build a business in the United States just on the back of boxing.

The self-styled ‘Netflix of sports’ entered the United States in 2018 with the world heavyweight title showdown between Anthony Joshua and Alexander Povetkin, having signed a reported $1billion eight-year pact with AJ’s promoter Eddie Hearn.

Two years on and DAZN is now facing legal action from ‘Canelo’ as the Mexican demands the $35million he is owed for his next fight in the midst of the ongoing COVID-19 pandemic.

Top Rank supremo Arum believes DAZN, formerly Perform Group, got it wrong from the very start in the United States, and says its business model and sports focus just didn’t stack up.

He told IFL TV: “DAZN went into the United States with big ideas and big thoughts but they made a fundamental error. And the error was that you couldn’t build a streaming sports platform that people would have to pay a monthly fee for just on boxing.

“ESPN+ has boxing and the UFC for combat sports but they have basketball, soccer, American football – I mean they’re chock-full with sports. DAZN only really had boxing You can’t build a network just on boxing and get people to pay either $20 a month or $100 a year. It was just a wrong type of projection and they gave Eddie Hearn enormous amounts of money to make fights. 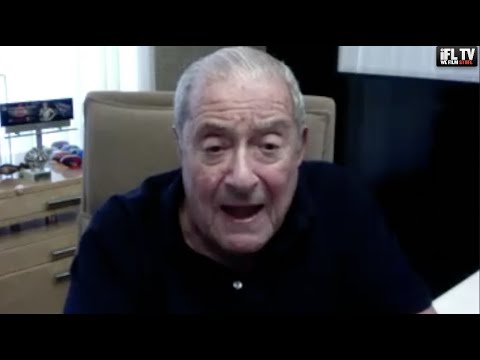 “And Hearn, coming into the market, felt that he could get a lot of talent by just paying outrageous prices, but the guys that he got were not particularly attractions.”

Arum did comment on the current tension between Canelo, Golden Boy and DAZN, and is hopeful the issues will be worked out and the Mexican megastar will be able to begin fighting again.

“Canelo was an attraction so they paid Canelo a foolishly large amount of money, which never made sense. Canelo had one fight that would have attracted a lot of subscribers and that was the Golovkin fight, and Canelo never agreed to the Golovkin fight. Golden Boy agreed, so at that point there was a schism between all of them.

“Hopefully they’ll work it out, maybe they’ll end up paying Canelo a smaller amount than the tremendous amount that they’re obligated to.

“Hopefully they’ll work it out because if they don’t work it out it ends up in litigation, there’s winners and losers, meanwhile Canelo – who is probably the biggest box-office attraction outside the heavyweights in boxing – is not fighting.”