Skip to content
Fury vs Joshua News “Instead of 35, I feel 16” – Deontay Wilder on camp

Deontay Wilder says camp ahead of his trilogy fight with Tyson Fury has been “a fabulous process” and he feels like a 16-year-old again.

‘The Bronze Bomber’ had bicep surgery following his first professional defeat at the hands of ‘The Gypsy King’ in February 2020, and has had to wait 18 months for his chance to avenge the loss.

The pair will lock horns for a third time in Las Vegas on July 24, and Wilder says he is in the best shape ever ahead of the big showdown.

He told 78SPORTSTV: “I feel amazing. This camp has been definitely my best camp I’ve ever had in my whole entire career. The devotion, the dedication, the determination that we’ve had in camp.

“I have a full blown team – I have a superstar team, that’s the only way I can put it. That’s something I’ve been missing. Now that I have it, from the trainers to the nutritionists to the doctors – that’s able to study my body, make sure that everything is intact, everything is healed. This is the first time that I’ve went into a fight where I’ve been healed. 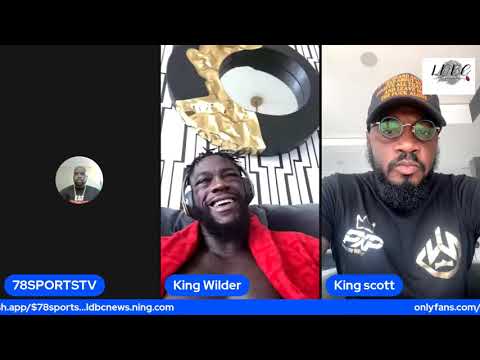 “Majority of my fights, I always fought with different injuries that happened. They have recovered but not fully, the fact that I have power, it kind of  gives me an advantage. It delete the fact that I’m 85 percent or probably 75 percent, I know when I bust you, you can be knocked out.

“At this point in time I’m all healed. That was worst thing that could have ever happened was me getting time, I’ve gotten time to get healed and meditate and get things together. I feel amazing, my body feels amazing.”

Wilder says trainer Malik Scott has pushed him to “dark places” during their training sessions, and he has come out feeling like a teenager.

“I feel like a young man again, although I’m still young. Instead of feeling 35 I feel 16. It’s just been great. The whole process has been absolutely fabulous, I couldn’t ask for more. Every time we train they’re pushing me to a dark place and I’ve been to a dark place so many times that I’ve actually become comfortable. I have made my home in that dark place.

“I guarantee my opponent is not going in dark places, he’s not making a bed in dark places. He thinks this fight is gonna be anything like the second one, I don’t feel sorry for him.”

Retribution on the menu – Scott

Scott meanwhile is delighted by the work his pupil is putting in, and says his man is ready to upset the odds come July 24.

“I couldn’t ask for more myself, the work Deontay’s been giving us. Like I keep saying, retribution is on the menu. This guy has done everything and more that we have asked of him.

“He really turned belief into things that he hadn’t done before to get something that he never had, and that’s to become two-time heavyweight champion of the world.

“So he’s firing on all cylinders and If we had the fight right now, I’m more than confident that the results are gonna be what  I predicted they’re gonna be, which is two-time heavyweight champion of the world.