Ricky Hatton has branded injury excuses from Deontay Wilder’s camp for his crushing defeat by Tyson Fury as “disrespectful”.

Former world light-welterweight and welterweight king Hatton believes that if ‘The Bronze Bomber’ (now 42-1-1) really was hurt ahead of that seventh-round stoppage loss in Las Vegas in February, he should have said so beforehand.

He believes the post-fight talk of bicep injuries (mentioned recently by Wilder sparring partner Junior Fa) and ring walk costumes sapping strength leave a sour taste in the mouth, both for the paying public and for Fury.

He told IFL TV: “We all bring the excuses out. You’ve got to be honest, straightforward. If you’ve got an injury, tell ’em, cancel the fight, get it rescheduled. 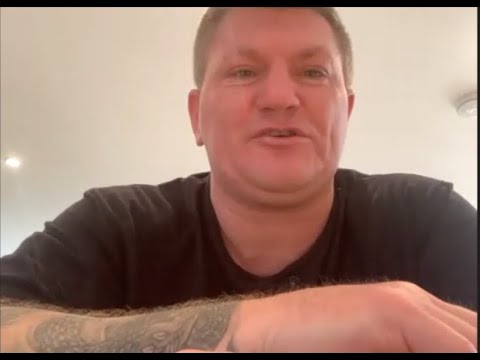 Hatton added: “It’s like when Pacquaio fought Mayweather (Mayweather won by UD in May 2015), heartbreaking when he turned round and said he was injured and he couldn’t do this and he couldn’t do that. I thought to myself, all them people have paid all that bl***ing money to watch it and then you turn round. If that’s the case, tell beforehand. Paid the money for half a fight in many ways.”

Hatton says not only do fans lose out in cases like this, he also believes the talk risks taking some of the gloss away from Fury’s superb performance.

“We’ve had the sparring partner now saying he was injured, we’ve had his saying his suit was too heavy and wore him down on the ring walk – that’s a f***ing corker Deontay.

“I think we can’t take it away from Tyson what he did, I think Tyson beat him at his best really.”

Hatton re-iterated that if Wilder was indeed injured before the fight, it should have been dealt with beforehand rather than result in excuses after the fact.

“There’s so much at stake. It’s not like he has to clutch to pay his rent next week. You don’t have to clutch at straws to take the fight. If you’re gonna go ahead with the fight you can’t complain about the matter after, can you, because it’s disrespectful to your opponent, the fella who’s fought you, you’re taking away a bit of his thunder which is wrong really.

“Tyson’s performance was spectacular and coming out with an excuse that his bicep was injured a couple of months after I think is a little bit disrespectful I guess.”

Fury and Wilder are now preparing for their planned trilogy match, which it is hoped will be able to go ahead in Las Vegas on Saturday December 19. Fury’s co-promoter Bob Arum is hopeful the bout can be staged in front of a crowd of between 10-15,000 at the brand-new Allegiant Stadium (home of the NFL’s Las Vegas Raiders).