Deontay Wilder has rubbished reports that he suffered from depression in the aftermath of his first professional defeat at the hands of Tyson Fury.

‘The Bronze Bomber’ (now 42-1-1) was largely silent for months after being stopped by Fury in seven one-sided rounds in Las Vegas in February 2020.

He was once again on mute when he met Fury at their recent press conference to officially announce their trilogy fight on July 24. Deontay sat with headphones on as Fury claimed it showed the mental weakness that he says now exists in his opponent.

In the aftermath of that 2020 defeat, some media outlets speculated that Wilder’s mental health may be suffering, but the fighter himself says that’s nonsense.

Wilder: I never suffered from depression

He told EsNews Boxing on YouTube: “People thinking I’m this, thinking I’m depressed, or whatever media, even American media putting out false allegations about me, some of them have my number, like call me then if you feel that way. You know people that’s in my camp – call them so they can call me and see what’s going on.

“Not once did I show any sign of darkness or depression. Things has been lovely.”

Fury claims Wilder asked for $20million in step-aside money to allow ‘The Gypsy King’ to instead fight Anthony Joshua next – they had a Saudi Arabia date for August 14 already planned in. Wilder though says that was never an option. 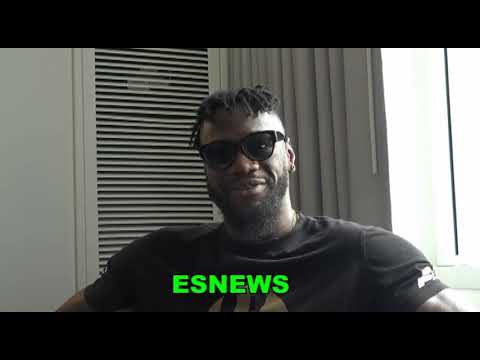 Wilder has thirst for Fury revenge

When he has spoken in the build-up to this third fight, Wilder has outlined in outlandish terms a desire to “decapitate” Fury. He wasn’t quite so graphic here, but he did re-iterate what his mindset is like right now.

“I wanna do more than just knock him out, people know what I’m talking about,” said Wilder.

“I don’t really have to express myself too strongly. They know what I want. This is the man to feed my craving of wanting one particular thing. And if you a fan of mine or you’ve been keeping up with me, you already know what I’m talking about.

“I don’t give guys opportunities so just so you can cheat me and then act like you did the world a favour. You didn’t do nothing.”